Up until 2013, the American Psychiatric Association’s Diagnostic and Statistical Manual of Mental Disorders (DSM) listed a catch-all descriptor—NOS, or “not otherwise specified”— for patients who did not fit into available and discrete psychiatric diagnoses. The APA now recommends that doctors proffer such diagnoses along with potential “specifiers” as to why a patient’s clinical condition does not meet a more specific disorder. Still, this diagnostic revision does little to provide answers to patients and their families as they navigate the void of the ersatz of an un-diagnosis. Following myriad questions, tests, and uncertainties, patients and their caregivers are often left with guesses and lists of diagnostic decimal codes—all of which are especially harrowing when the patients are children. Aby Kaupang and Matthew Cooperman’s’ NOS (disorder, not otherwise specified) is a book of complex poetic inquiry into the indeterminacy of that diagnosis, and how it refracts into questions of identities, roles, and the parameters of family. The parents of a child, Maya, diagnosed with “NOS,” Kaupang and Cooperman poignantly describe the self-denying existential uncertainty of the NOS diagnosis as a “blow because no one could specify, could lead us to the her that was more than ill body, body ineffective. No one could name a thing so we couldn’t treat a thing.” Kaupang and Cooperman ambitiously use the book as a means to dialogue with and to interrogate their roles as parents, but also as a means to probe the architecture of the labyrinthine language and structure of the health system they experience.

Questions concerning language itself are at the core of the book. What, for example, are the limits of poetic language in representing the other of Maya and the other of the diagnosis of NOS? Can compliance to—and normative use of—language be the means by which the “patient” can satisfy the limited diagnostic tools of the health care system? What happens when the discourse and coding of the medical-industrial complex dehumanize patients and families into acronyms and coding numbers directed to specialists, themselves segmented into the submarkets of the market that is the hospital? And the book is tuned to the language of the daughter. Early in the book, recognition for the potential sublimity with the “other” “song” of the daughter makes clear how vital the apprehension of the daughter’s difference is to accepting and embracing a diagnosis that may never arrive:

when our daughter rises it is with and without her mouth

she sings in phones of plosive thirds that do not complete […]

she sings in hunger or wetness

There is the slightest hint (or haunt) of Sylvia Plath’s “Morning Song” here: “And now you try / Your handful of notes; / The clear vowels rise like balloons.” Though the first poem of the book, it feels like the kind of poem that could only arrive after a later poem (“The Question of Diagnosis is the History of Gnosis”) that frames this song differently:

She woke every summer morn around four or five am and would only stop
screeching if she were allowed to play in her car seat in the front yard under the
blossoming apple tree.

The poly-vocality and the dialogic nature of the book enact themselves through a wild variety of forms, discourses, and use of space. Notational fragments suggest at times that the book works as a journal or daybook (“an outing 4:14 pm / sunlight glint and freon / off our skinsbreathing”). Essayistic passages with a lyric bent at other times turn the book into an investigative workbook: the recurring series “A Theory of Causation” alludes to psychologist William James’s theory of “functionalism,” which investigates the causal relationships between “internal states” and “external behaviors.” Most of the poems in this sequence attempt to pin down a brutal self-blaming “etiology of autism” that finds an array of fault in the parents, including genes, diet, vaccines, childhood trauma, environmental toxins, drug use, and more. Another in this series looks at the “preventative” architecture that reinforces the value of death defiance. At other times, the book falls into a kind of recursive syntax—suggesting an obsessive trap of cognitive or lingual perception of this world, blurring the line between the looping distress of the parents or the linguistic circling of a spectrum disorder mind or both, often justified into textual boxes:

Palimpsests further punctuate the book textually and visually, sometimes appearing as skewed and duplicated lines of poetry, such as how a shadow text version of “pain being universal and being on the floor visits each child personally” is overlain with a more legible type of the same statement. Is this a break in cohesion between two parents—their shared experience of their child’s torment? Or is it two voices trying to find unison and chorus in the first place, but finding themselves ultimately just out of sync? Similarly, “I went to the…” is overlain by “We went to the neuropsychiatric ward.” The divide between “I” and “we” in this moment of overlap is announced in the next line: “we found us there.” The book often feels like an open space wherein several voices are tuning into each other—shifting from poems giving space to the mother and father to speak and sing and cry and to achieve unison. Other moments suggest the need for navigational connections between these voices, as arrows and lines create relations between voices otherwise far apart on the page. The distance sometimes feels architectural, as if they were navigating the floor maps of the hospital, sometimes together, and sometimes apart—as if the book were also a cross-section view of the hospital, where we can see, simultaneously, those who are ill and those who are waiting, each in their separate spaces:

secured in the beige room a sadness monitor beeping

Though the book is organized around the floor levels of a hospital, moving spatially from the first floor to the eighth floor, the way the book is also ordered from “critical care” at the beginning to “discharge” at its end suggests a different, temporal order to the book that can never quite correspond the vertically rising hierarchical structure of hospitals and health systems. Interventions emerge from systems and overwhelm systems, as when a parent ponders removing a feeding tube. Or when Maya stops walking on her fourth birthday, and her “GI5 stopped functioning,” the staggering grief, seething anger, and sense of hopelessness—these are the kinds of home crises that appeal for answers.

The journey through the hospital and the system follows a chaotic route of testing and re-testing, resulting in a plethora of document generation. The book’s collage-like absorption of documentary evidence such as preliminary observation reports, photographs, questionnaires, growth charts, redacted reports, and diagnostic code indices are juxtaposed against poems written at times discretely by Cooperman and Kaupang and at other times collaboratively. At other times, these categories merge, as in a series of reoccurring patient evaluation checklists in which Kaupang and Cooperman substitute the generic options with choices tailored toward their own family’s reality. More than Maya, it is the writers themselves who meet the criterion of “____ creates a collection.” The ethical question of the criterion of “____chooses to be in a collection” is provocative: Kaupang and Cooperman at times question the moral utility of a book of poetry and the treatment of their daughter as a subject in the book. It may be true that Maya would not choose, as this subject, to be part of this “collection” (with all the withering aestheticism the term implies). The poets’ substitutions call attention to the homogeneity of these evaluation forms, yet also result in some of the book’s most unexpectedly vulnerable moments. In one case, a child named Elias—a sibling of Maya’s mostly absent from the text and this “family book”—is directly addressed in a footnote to one of these checklists with an apology for the absence of the speaking parent. The poet comments on the aesthetic and moral failures of the book and of the art of poetry itself (a recurring theme in the book) to account for that parental absence: “Naming names, telling truths, what slipped poetry house was family house, tree house, baseball house.” This absence is a footnote to the form itself, a tragic marginalia of the exclusion of this other child from the cohesion of the most profound unities of NOS—of families and books.

Yet how can poetry contain, explain, or represent without at the same time othering, using, and distorting? Kaupang and Cooperman have written a book with such sensitivity, honesty, and ethical self-awareness, that when they provoke their readers with the statement, “You want to know more about her,” they themselves must confess that “So do we.” “We try not to speak for Maya. We try not to write a book”: these apophatic sentences enact the book’s complex morality. It is fitting that the book should end on a morning poem (“Good Day”), limning a parent’s daily struggle in “rising to bathe and dress / the daughter, put her on the bus.” There’s that recurring word—“rising”—and here is yet another morning in a book of many mornings, each offering the possibility of renewal. But this is also a day rising out of sleeplessness, fear, and the foundations of the house “keening” all night long. Still, the fear of death and the daughter’s perpetual childhood has been momentarily “staunched,” as if the repeated mantra “today is a good day” means that it shall be so. These are the first and last lines of the poem.

Richard Greenfield is the author of three books of poetry: Subterranean (Omnidawn 2018) (Publishers Weekly starred review); Tracer (Omnidawn 2009), and A Carnage in the Lovetrees (University of California Press, 2003), which was named a Book Sense Top University Press pick. He teaches at New Mexico State University and is Editor-in Chief of Puerto del Sol. 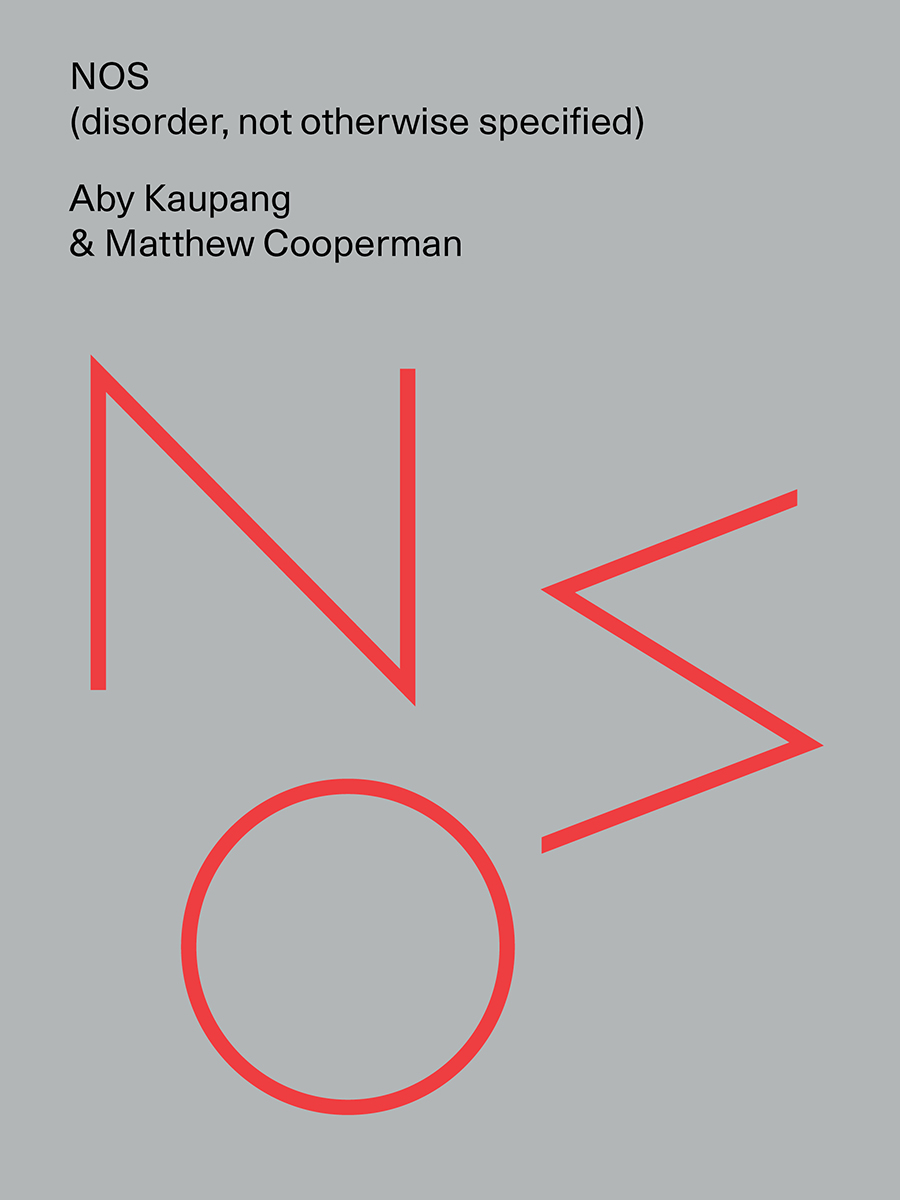 Richard Greenfield is the author of three books of poetry: Subterranean (Omnidawn 2018) (Publishers Weekly
starred review); Tracer (Omnidawn 2009), and A Carnage in the Lovetrees (University of California Press, 2003),
which was named a Book Sense Top University Press pick. He teaches at New Mexico State University and is Editor-in Chief of Puerto del Sol.