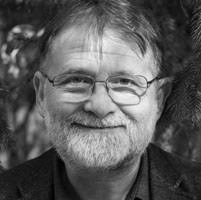 Florin Bican (b. 1956) studied English at the University of Bucharest. After graduation (1980), he taught English (in Romania and Germany) and became a literary translator, both from Romanian into English and from English into Romanian (from T.S. Eliot to Sylvia Plath to Dr. Seuss). The resulting translations have been published in Britain, Ireland, The United States, Australia, Sweden, Singapore, Germany and Romania. When not translating, Florin Bican writes (mostly) children’s literature. His book, “Şi v-am spus povestea aşa” (And That’s How the Story Goes), for instance, is a collection of Romanian traditional fairy tales, retold from the talking horses’ perspective. Between 2006 and 2012, Florin Bican was in charge of the Romanian Cultural Institute programme Translators in the making, training foreign translators of Romanian literature.