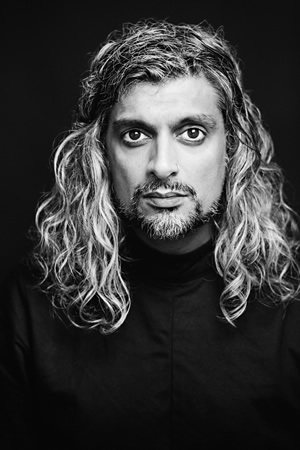 Kazim Ali was born in the United Kingdom to Muslim parents of Indian, Iranian and Egyptian descent. He received a B.A. and M.A. from the University of Albany-SUNY, and an M.F.A. from New York University. His books encompass several volumes of poetry, including Sky Ward, winner of the Ohioana Book Award in Poetry; The Far Mosque, winner of Alice James Books’ New England/New York Award; The Fortieth Day; All One’s Blue; and the cross-genre text Bright Felon. His novels include the recently published The Secret Room: A String Quartet and among his books of essays is Fasting for Ramadan: Notes from a Spiritual Practice. Ali is an associate professor of Creative Writing and Comparative Literature at Oberlin College. His new book of poems, Inquisition, and a new hybrid memoir, Silver Road: Essays, Maps & Calligraphies, will both be released in 2018.