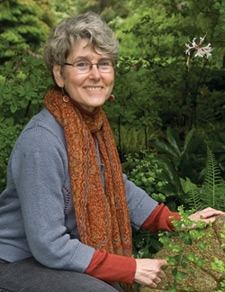 Nathalie Anderson — who teaches courses in Victorian, Modern, and Contemporary Poetry and directs the Program in Creative Writing for the Department of English Literature — is also a poet and librettist. Her first book, Following Fred Astaire, won the 1998 Washington Prize from The Word Works; her second, Crawlers, won the 2005 McGovern Prize from Ashland Poetry Press; and her third, Quiver, was published in 2011 by Penstroke Press. A fourth collection, Stain, is currently under consideration by publishers.

Professor Anderson’s poems have been singled out for prizes and special recognition from the Joseph Campbell Society, The Cumberland Poetry Review, Inkwell Magazine, The Madison Review, New Millennium Writings, Nimrod, North American Review, and The Southern Anthology, and have also appeared in APR’s Philly Edition, Atlanta Review, Denver Quarterly, DoubleTake, Journal of the Mythic Arts, Louisville Review, Natural Bridge, The New Yorker, Paris Review, Prairie Schooner, The Recorder, Southern Poetry Review, and Spazio Humano. Her work has been commissioned for the Ulster Museum’s collection of visual art and poetry titled A Conversation Piece; for the catalogue of the retrospective exhibition Sarah McEneany at the Institute of Contemporary Art of the University of Pennsylvania; and for the artist’s press book titled Ars Botanica published by Enid Mark of ELM Press. Her work appears in The Book of Irish American Poetry From the Eighteenth Century to the Present (Notre Dame) and in Perrine’s Sound and Sense: An Introduction to Poetry(Wadsworth), and her poems have twice been solicited for inclusion in The Year’s Best Fantasy and Horror (St.Martin’s).

She has authored libretti for three operas – The Black Swan; Sukey in the Dark; and an operatic version of Arthur Conan Doyle’s A Scandal in Bohemia – all in collaboration with the composer Thomas Whitman and Orchestra 2001 in Philadelphia.

A 1993 Pew Fellow, Professor Anderson serves currently as Poet in Residence at the Rosenbach Museum and Library.