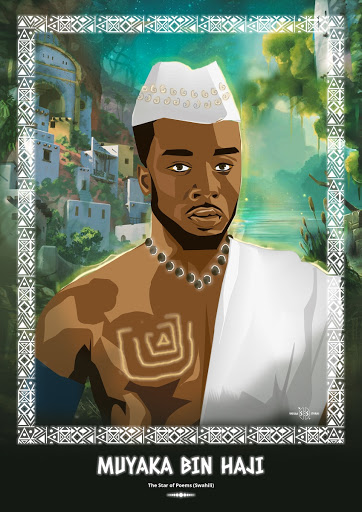 Muyaka bin Haji (1776–1840) was an early nineteenth century Swahili poet from Mombasa, a harbor city in today’s Kenya. Muyaka became influential with his verse form, the mashairi, his historical themes that give insight in his life and times as well as his original phrases many of which became proverbial in today’s Swahili language. His poems were recorded in Arabic script and were first translated by Mohamed Adbulaziz in 1979.