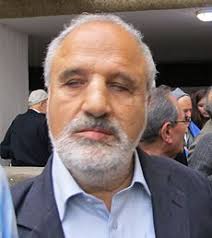 Erez Bitton was born in Oran, Algeria, in 1942, and emigrated to Israel in 1948. At the age of ten, he was blinded by a stray bomb he found near his home in Lod, and spent the rest of his childhood in Jerusalem’s School for the Blind. He received a B.A. in Social Work from The Hebrew University of Jerusalem, and an M.A. in Psychology from Bar Ilan University. He wrote a weekly column for the Israeli daily Ma’ariv and worked as a social worker and as a psychologist. His first two books, A Moroccan Gift (1976) and The Book of Na’na(1979), established him as the founding father of Sephardic poetry in Israel—the first poet to take on the conflict between North African immigrants and the Ashkenazi society, and the first to use Judeo-Arabic dialect in his poetry. He has served as chairman of the Hebrew Writers Association, and is the editor-in-chief of the literary journal Apyrion, which he founded in 1982. He is the recipient of several literary awards, including the Miriam Talpir Prize (1982), the Prime Minister’s Prize (1988) and the 2014 Yehuda Amichai Poetry Prize. His two subsequent collections, published by Hakibbutz Hamehuchad, are: Timbisert, a Moroccan Bird (2009) and Blindfolded Landscapes (2013). Bitton lives in Tel Aviv with his wife Rachel Calahorra, and is father to a son and a daughter.