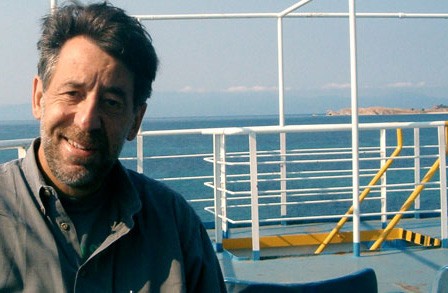 Scott Cairns’ poems have appeared in Poetry, The Atlantic Monthly, The Paris Review, The New Republic, Image, Spiritus, Tiferet, etc., and have been anthologized in Upholding Mystery (Oxford UP ’96), Best Spiritual Writing (Harper Collins ’98 and ’00), and Best American Spiritual Writing (Houghton Mifflin, ‘04, ’05, and ’06). His poetry collections include Idiot Psalms (Paraclete Press, 2014), Compass of Affection: Poems New and Selected (Paraclete Press, ‘06), Philokalia (Zoo Press ’02), Recovered Body (Braziller ’98), Figures for the Ghost (U Georgia P ’94), The Translation of Babel (U of Georgia P ’90), and The Theology of Doubt (Cleveland State UP ’85). With W. Scott Olsen, he co-edited The Sacred Place (U of Utah P ’96), an anthology of poetry, fiction, and nonfiction. His spiritual memoir, Short Trip to the Edge, (HarperSanFrancisco) and a collection of adaptations and translations, Love’s Immensity: Mystics on the Endless Life (Paraclete Press) both appeared in 2007. The translations appeared in paper as Endless Life: Poems of the Mystics (Paraclete Press, 2014), and the memoir will be released in paper by Paraclete Press in 2016, following Slow Pilgrim: The Collected Poems, which will appear July, 2015.