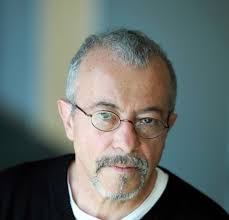 Andrei Codrescu (www.codrescu.com) has been a commentator on All Things Considered since 1983. He is an homme-de-lettres whose novels, essays and poetry have been infiltrating the American psyche since he emigrated from his native Romania to Detroit in 1965. He is the author of forty books of poetry, fiction, and essays, and the founder of Exquisite Corpse. He has received a Peabody award for the PBS version of his film Road Scholar, and has reported for NPR and ABC News from Romania (1989) and Cuba (1996). His new books are The Poetry Lesson,(Princeton) and Bibliodeath: My Archives (with Life in Footnotes) (Antibookclub).