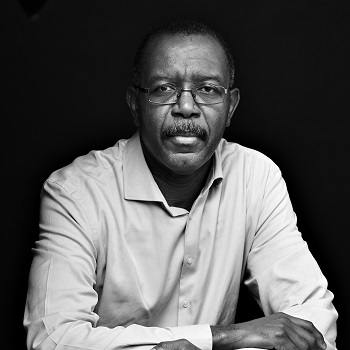 Louis-Philippe Dalembert, born in Port-au-Prince, Haiti, is a critically acclaimed poet, novelist, short story writer, and essayist who was a finalist for the 2019 Prix Goncourt. A Chevalier in the French Order of Arts and Letters, he was called by Edwidge Danticat “one of the most imaginative and prolific writers of his generation.” His work has been translated into multiple languages, including Danish, German, Portuguese, Romanian, and Serbo-Croatian. Although one novel has been translated into English, none of his poetry books has been published in English.