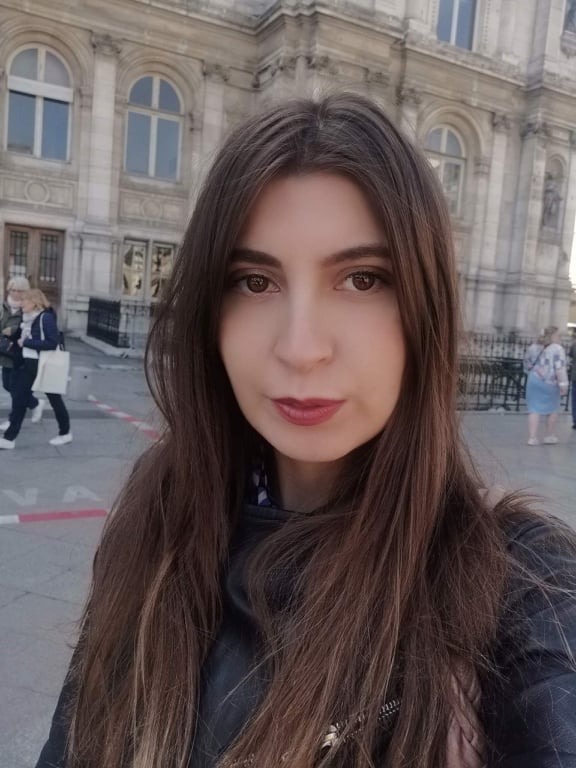 Ekaterina Derisheva was born in 1994 in Melitopol, Ukraine. In 2014, she graduated from the Zaporozhe National Ukrainian college of Economics and Law, specializing in the development of computer programming. She is the author of the book tochka otscheta (2018).She has published in the literary journals “Litcentr,” “Tlen Literacki,” “Wizje,” “SoFloPoJo,” “Dvoetochie,” “Лиterraтура,” “Artikulyaciya,” “Noviy bereg,” “Arion,” “Homo legens,” “Khreshchatyk,” and in the anthology Timpul pământului. Derisheva has participated in literary festivals in Belarus and Moldova (2016, 2017), as well as in Kyiv “Kievskiye Lavry” (2017), and took part in the convention of young writers of Ukraine (2013). She was long listed for the Arkady Dragomoshchenko Prize (2019), and her poems have been translated into English, German, Polish, Romanian and Vietnamese. Curator and founder of the “KNTXT” project (festival, book series, literary magazine), Kharkiv.Derisheva lived in Kharkiv, but currently is a war refugee residing in Feldafing, Germany.