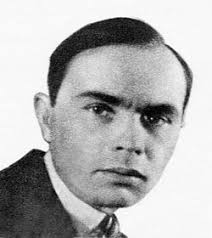 Born in Gdańsk in 1953, TADEUSZ DZIEWANOWSKI was involved in Polish street theater as both a writer and performer during the 1970s, and was a co-founder of the Gdansk-area creative group, Tawerna Psychonautow (The Tavern of the Psychonauts) in the 1980s. More recently, he has been a poet and translator from English.  His first book of poetry, Siedemnaście tysięcy małpich ogonów (Seventeen Thousand Monkey Tales), appeared in 2009, and his poetry, reviews and translations from English appear regularly in the major Polish literary journal Topos.  In the U.S., Daniel Bourne’s translations of his poetry have appeared in International Poetry Review and Cerise Press.