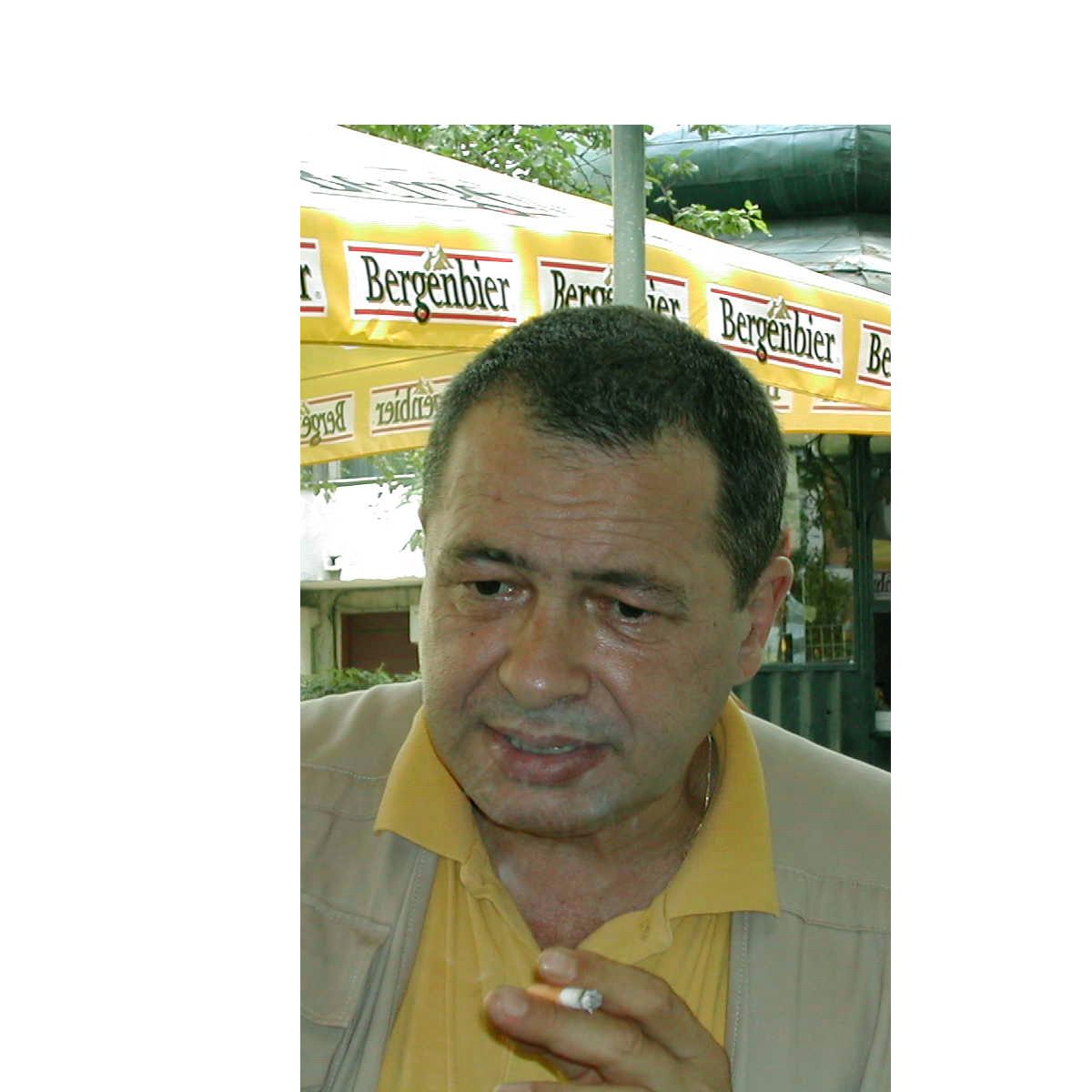 Ioan Flora (1950–2005), author of fifteen books of poetry, among them Lecture on the Ostrich-Camel (1995), The Swedish Rabbit (1998), Medea and Her War Machines (2000), died days after his final book of poems, Luncheon Under the Grass, was published. Flora was born in Yugoslavia in the multilingual region of the Banat across the border from Romania and from the early 1990s until his untimely death, lived in Bucharest, where he had studied at the university. In 2011, Sorkin published Flora’s Medea and Her War Machines (UNO Press) and in 2012, a chapbook Flora’s work, The Flying Head (Toad Press).