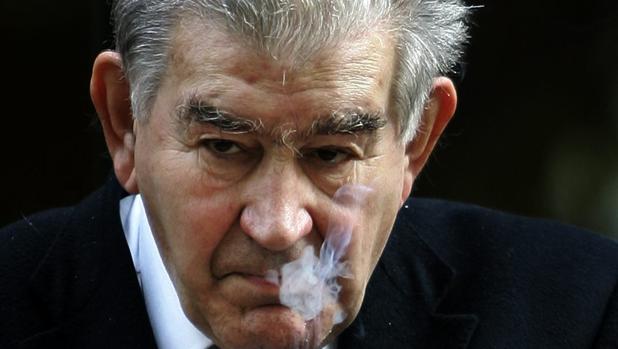 Antonio Gamoneda was born in Oviedo, Asturias, Spain in 1931. One year later, his father died suddenly and Gamoneda moved to León with his mother. He left school before he could finish, taking a job as a messenger boy at a bank to help the family, and continued to work there in different capacities over the next 24 years. His first book was published in 1960 (shortlisted for the Adonais Prize) and then there was silence for the next 17 years. Self-taught and prolific, Gamoneda was also fiercely opposed to the dictatorship of Francisco Franco, in power from 1939 to 1975, and deeply involved in the resistance movement. His work only began to receive the attention it deserved after 1985, when he was awarded two prominent prizes (the Castilla y León Poetry Prize in 1985 and the National Poetry Prize in 1987). An extraordinarily unique voice in post-Civil War Spanish poetry, in 2006, Gamoneda received, in the same year, the two highest honors a writer can receive in the Spanish-speaking world, the Reina Sofía Poetry Prize and the Cervantes Prize. He continues to be a vital and powerful poetic presence in Spain and throughout the world.