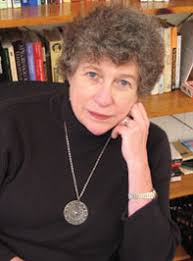 Sandra M. Gilbert has published eight collections of poetry, most recently Aftermath(2011) and among prose books Wrongful Death, Death’s Door, Rereading Women, The Culinary Imagination: From Myth to Modernity (2014) and Eating Words: A Norton Anthology of Food Writing (2015), coedited by Roger Porter . She is currently at work on a new collection of poems, “Saturn’s Meal.” With Susan Gubar, she is coauthor ofThe Madwoman in the Attic and other works: the two received the 2012 Award for Lifetime Achievement from the National Book Critics Circle.