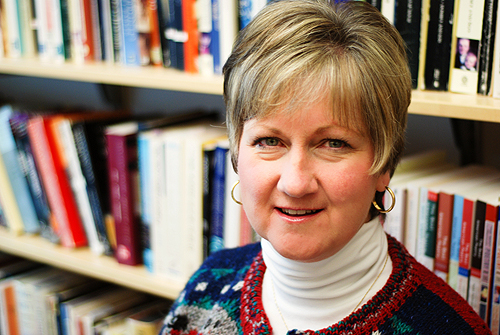 Susan Elizabeth Howe is a contributing editor of Tar River Poetry and served for eleven years as the poetry editor of Dialogue. Her own poems have appeared in such journals as The New Yorker, Poetry, The Southern Review, and Prairie Schooner. Her first collection of poetry, Stone Spirits, was published in 1997 and won the Charles Redd Center Publication Prize. It also received the Association for Mormon Letters award in poetry for 1998. She has just completed a second collection of poems with Florida poet Terri Witek, To Lie with a Landscape (forthcoming). Susan lives with her husband Cless Young and their three aging dogs in Ephraim, far enough away from the Wasatch Front to be a peaceful haven she can escape to when she’s not teaching. [from Discoveries: Two Centuries of Poems by Mormon Women, 107-8] Included in 75 Significant Mormon Poets