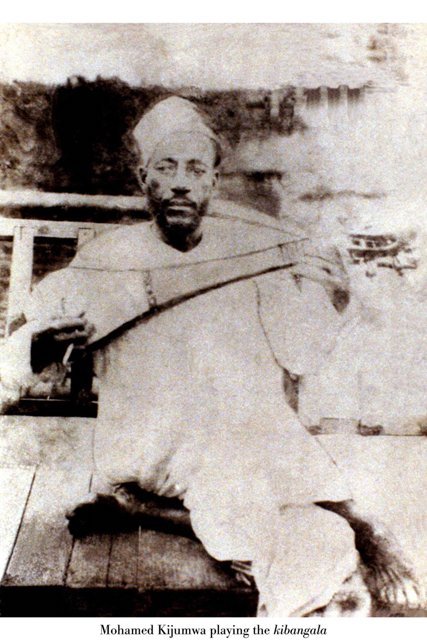 Muhammad Kijuma (1855 – 1945) was a Swahili poet and lyricist who gained renown for performing in song and dance competitions in his native island of Lamu. He has been credited with introducing the taarab music genre to Kenya after serving as a court musician in the palace of the Sultan of Zanzibar. He was also an accomplished woodcarver, sculptor, illustrator, calligrapher, luthier, carpenter and tailor, as well as a scribe and scholar who aided foreign researchers in the interpretation and preservation of Swahili verse.