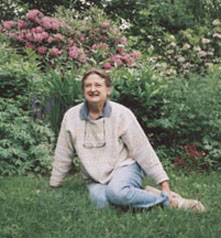 Carol Stevens Kner has written articles for the Encyclopedia of World Art, Connaissance des Arts, and the New Book of Knowledge, and served for many years as managing editor and staff writer at PRINT Magazine. At the age of 60, she left that publication to pursue an interest in writing poems. Her work has appeared in Western Humanities Review, The Paris Review, Heliotrope, North American Review, Southwest Review The Dark Horse and other journals. Several of her poems have been set to music by American composer Christopher Berg and performed in concert in New York City. Her chapbook titled “Exposure” was published by Toadlily Press in November 2010. She lives in New York City with her husband of 50 years.