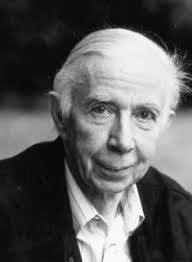 Karl Krolow (1915-1998) was one of the giants of German Letters of  the last century.  He made his mark early and often, with poems, translations, and criticism, later adding prose to his staggering output, which includes more than thirty volumes of poems, among them several Selected tomes, each with a life and mind of its own.  Ranging across many subjects and themes, in a variety of voices, at once abstract and detached, but so focused and concentrated that what is observed and spoken becomes intimate, even voyeuristic, but never without illuminating basic human wants, needs, and values.  Krolow was fond of quoting Flaubert, who most wanted to write a book about nothing, which would wind up being about everything. That sums up Krolow’s own ways with words.  As a critic, a judge of literary competitions, as president of The German Academy of Language and Literature (1972-1975), he was generous to a fault regarding the work of others.  Almost no writer who lived during Krolow’s time was without his direct or indirect support.