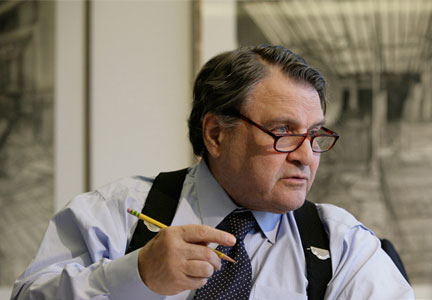 William Louis-Dreyfus was born in 1932 in Ville-d’Avray, on the outskirts of Paris, and came to the United States as a child. He received his undergraduate and law degrees from Duke University, and his M.A in creative writing from Antioch University McGregor. He led the Louis Dreyfus Group, a privately held, commodities-focused company. From 1998 to 2008, he served as President of the Poetry Society of America. His poems have appeared in The New Criterion, The Hudson Review, and The Southwest Review; his translations from the French have been published in AGNI and Boulevard. Mr. Louis-Dreyfus had a lifelong passion for poetry, art, and social justice. He died at his home in Mount Kisco, New York on September 16, 2016, a few days after completing the manuscript of his full-length collection, “Letters Written and Not Sent.” The book will be published by Red Hen Press in spring 2019.