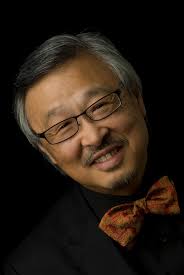 Lawrence Matsuda was born in the Minidoka, Idaho Concentration Camp during World War II. He and his family were among the approximately 120,000 Japanese Americans and Japanese held without due process for approximately three years or more.   Matsuda has a Ph.D. in education from the University of Washington and was: a secondary teacher, university counselor, state level administrator, school principal, assistant superintendent, educational consultant, and visiting professor at Seattle University (SU).

In 2005, he and two SU colleagues co-edited the book, Community and difference: teaching, pluralism and social justice, Peter Lang Publishing, New York. It won the 2006 National Association of Multicultural Education Phillip Chinn Book Award. In July of 2010, his book of poetry entitled, A Cold Wind from Idaho was published by Black Lawrence Press in New York.

In addition, eight of his poems were the subject of a 60 minute dance presentation entitled, Minidoka performed by Whitman College students in Walla Walla, Washington (2011).