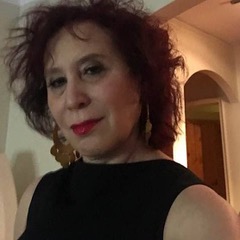 Jo-Ann Mort is a poet and writer who lives in Park Slope, Brooklyn, though she is a frequent traveler, especially to Israel and its neighbors. A graduate of Sarah Lawrence College, her poetry has recently appeared in The Atlanta Review,  Stand, and The Women’s Review of Books. Previously her poems appeared in Pequod, The Jewish Quarterly, Social Text. Her journalism and analysis have appeared in Haaretz, Foreign Policy, Dissent (where she is also a member of the editorial board), The Chicago Tribune, The Nation, The American Prospect, and other publications. She is co-author of a book about the kibbutzim in Israel published by Cornell U. Press. She tweets at @ChangeCommNYC.