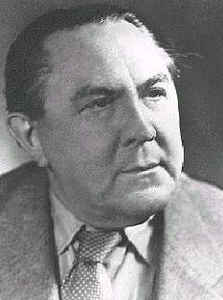 Vítězslav Nezval (1900-1958) was perhaps the most prolific writer in Prague during the 1920s and ’30s. An original member of the avant-garde group of artists Devětsil (Nine Forces), he was a founding figure of the Poetist movement. His output consists of a number of poetry collections, experimental plays and novels, memoirs, essays, and translations. Nezval frequently traveled to Paris, engaging with the French surrealists. Forging a friendship with André Breton and Paul Éluard, he was instrumental in founding The Surrealist Group of Czechoslovakia in 1934.