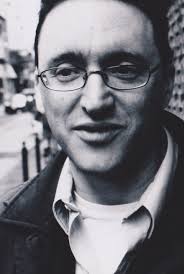 Geoffrey Nutter is the author of three collections of poetry, including A Summer Evening (winner of the 2001 Colorado Prize), Water’s Leaves & Other Poems (winner of the 2004 Verse Press Prize), and Christopher Sunset (Wave Books April 2010).  His  new book, The Rose of January, will appear in late spring 2013 with Wave Books. His poems have been widely anthologized, including in The Best American Poetry, The Iowa Anthology of New American Poetries and Isn’t It Romantic: 100 Poems by Younger American Poets. He is an associate professor of creative writing at New York University.