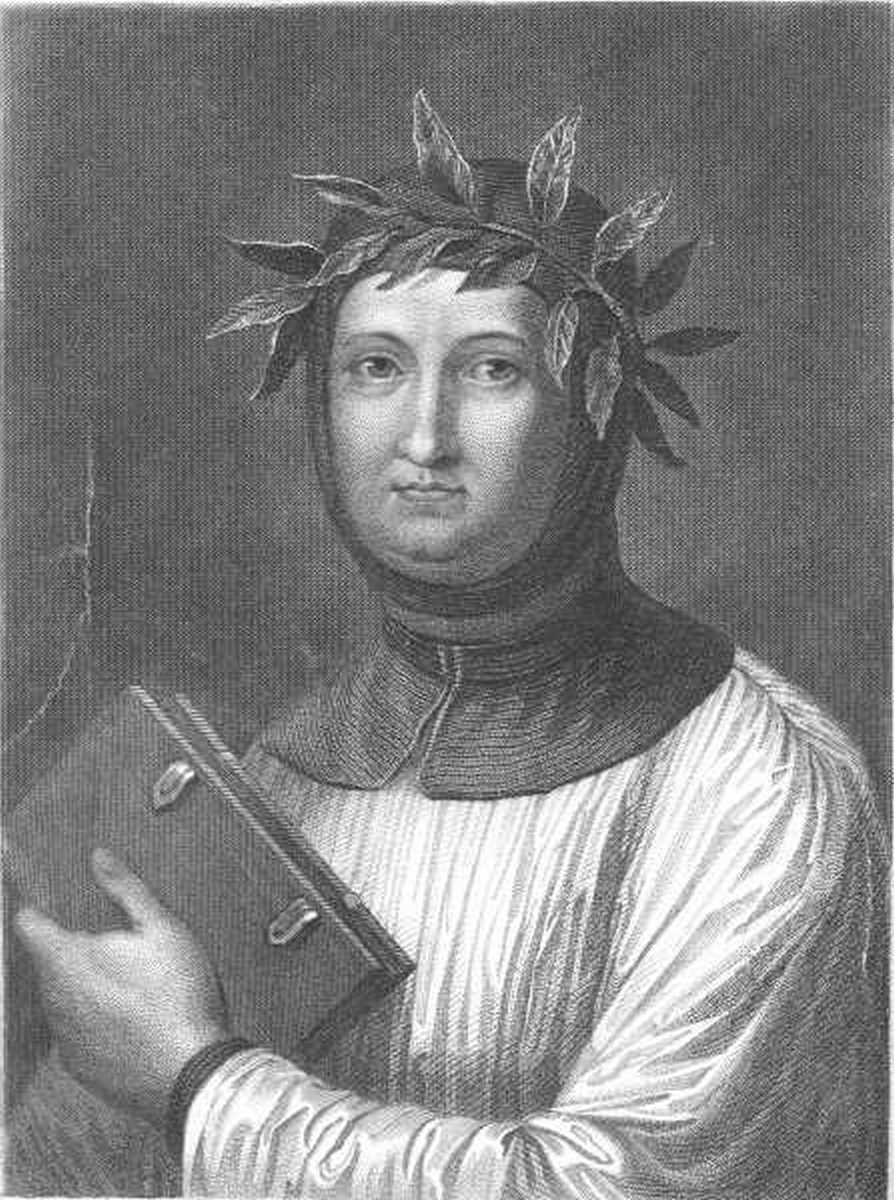 Francesco Petrarca, anglicized Petrarch, 1304-1374, was the son of Italian refugees who settled near Avignon, France. There, Petrarch claims, he first saw the lovely, wedded, devout Laura at Good Friday mass in 1327. Laureated in 1341 in Rome, Petrarch spent the rest of his life completing his masterpiece in the language of Italy’s common people, ironically titled in Latin, Rerum vulgarium fragmenta. Also dubbed Canzoniere or Rime sparse, its 366 poems chronicle the speaker’s frustrated love for Laura on earth and long after she died of bubonic plague, the pandemic of Petrarch’s time.