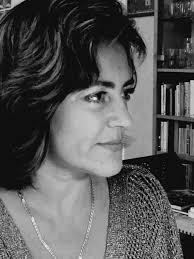 Anzhelina Polonskaya was born in Malakhovka, a small town near Moscow. She has had numerous books of poetry published in Russia. An English version of her book A Voice appeared in the acclaimed “Writings from an Unbound Europe” series at Northwestern University Press. This book was shortlisted for the Corneliu Popescu Prize for European Poetry in Translation. Translations of her work have appeared in World Literature Today, Poetry Review, American Poetry Review, and International Poetry Review. In October 2011 the “Oratorio-Requiem” Kursk, whose libretto consists of ten of Polonskaya’s poems debuted at the Melbourne Arts Festival. In 2012 a bilingual edition of her newer poems will be published by Zephyr Press under the title Paul Klee’s Boat. Polonskaya’s work has been translated into Dutch, Slovenian, Latvian, Spanish and other languages. She is preparing a new volume of poetry for publication.