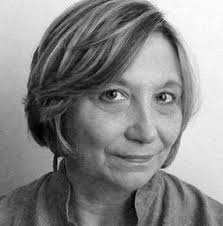 Barbara Ras is the author of four books of poetry, most recently The Blues of Heaven, praised by Naomi Shihab Nye for its “vivid painterly wonderment.” Previous collections are Bite Every Sorrow, which won the Walt Whitman Award and the Kate Tufts Discovery Award, One Hidden Stuff, and The Last Skin, which received the Texas Institute of Letters for Best Poetry Book of the year. Her work has appeared in the New Yorker, Granta, Tin House, Massachusetts Review, and other magazines, as well as in the online newsletters the “Sunday Paper” and “Brain Pickings.”  She has received awards from the Guggenheim and Rockefeller foundations, among others. Ras is the Founding Director Emerita of Trinity University Press. She lives in San Antonio.