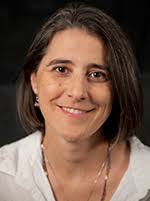 Martha Serpas is the author of three collections of poetry, The Diener (LSU); The Dirty Side of the Storm (Norton); and Côte Blanche (New Issues). Her work has appeared in The New Yorker, The Nation, Southwest Review, and Image: A Journal of the Arts and Religion, as well as in a number of anthologies, including the Library of America’s American Religious Poem and The Art of the Sonnet. She holds degrees in English and creative writing from Louisiana State, New York University, and the University of Houston, and a master of divinity from Yale Divinity School. A native of south Louisiana, she remains active in efforts to restore Louisiana’s wetlands. Since 2006 she has worked as a trauma chaplain at Tampa General Hospital. She teaches in the Creative Writing Program at The University of Houston