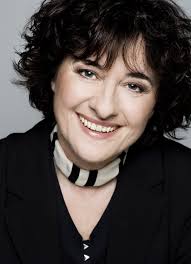 Pia Tafdrup is a Danish poet and writer and member of the Danish Academy and the European Academy of Poetry. Among several prizes, she received the Nordic Council’s Literature Prize in 1999 and the Nordic Prize in 2006 from the Swedish Academy. Tafdrup has published fourteen collections of poetry, including Spring Tide (Forest Books, 1989), Queen’s Gate (Bloodaxe, 2001), and Tarkovsky’s Horses (Bloodaxe, 2010). She has also published a statement of her poetics, Walking over the Water, two plays, and two novels. Her poems are translated into more than thirty languages. English translations of her poems have been published in more than sixty literary journals in the UK, US, Canada, and Australia. She is profiled in Thousandborn: The Poet PiaTafdrup (Cosmo Film a/s).