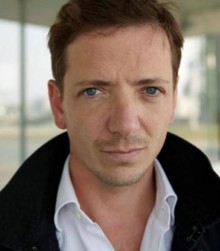 Max Temmerman (1975) made his debut as a poet in 2011 with the volume Fatherland (Vaderland), immediately nominated for that year’s debut poetry collection award The C. Buddingh’-prize. His second volume Almost an America (Bijna een America) appeared in 2013 which was both awarded the Herman de Coninck Public prize and was shortlisted for the Jo Peeters Poetry prize 2014 and the J.C. Bloem prize 2015. His website: www.maxtemmerman.be (all in Dutch)