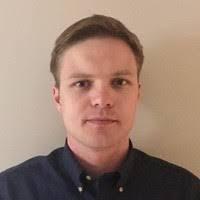 Alexander Ulanov lives in Samara and works at Samara State Aerospace University. His books of poetry are Wind Direction (1990), Dry Light (1993), Waves and Ladders (1997), Displacements + (2007), Methods of Seeing (2012), and the book of prose Between We (2006). He has written more than 350 articles and book reviews about contemporary literature. He received the Andrey Bely prize for his criticism (2009) and was short-listed in the prose category in 2007, the same year he was a CEC ArtsLink Fellow at the IWP in Iowa. He is also himself a translator, of contemporary American poets, Dylan Thomas, and Paul Valery. Alex Cigale’s other translations of Ulanov’s prose poems have appeared in Big Bridge, Fourteen Hills, The Manhattan Review, Plume, Southeast Review, Talisman, and Washington Square Review.