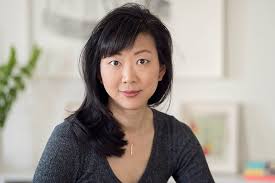 Monica Youn is the author of Barter (Graywolf Press, 2003) and Ignatz (Four Way Books, 2010), which was a finalist for the National Book Award. Her poems have appeared in numerous journals and anthologies, including the New Yorker, the ParisReview, and the New York Times Magazine, and she has been awarded fellowships from the Library of Congress and Stanford University, among other awards. A former lawyer, she now teaches poetry at Princeton University.