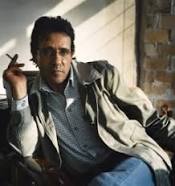 Ghassan Zaqtan is the author of ten collections of poetry. He is also a novelist, editor. He was born in Beit Jala, near Bethlehem, and has lived in Jordan, Beirut, Damascus, and Tunis. His book Like a Straw it Follows Me, translated by Fady Joudah, was awarded the Griffen Poetry Prize, 2013. He is nominated among the short-listed award winners of the Neustadt International Prize for Literature 2014 / University of Oklahoma, perceived as the American Nobel Prize. In recognition of his achievement and contribution to Arabic and Palestinian literature, Ghassan Zaqtan was awarded the National Medal of Honor by the Palestinian president in June 2013. His name appeared for the first time in the fall of 2013 among the speculation list for the Nobel Prize in Literature. Ghassan Zaqtan’s work has been translated to English, French, Italian, Norwegian, German and other languages.