AGAINST THE TYRANNY OF THE APPARENT

The poet Joseph Donahue is best known for his ongoing long work in several volumes: Terra Lucida, a major epic vision of our era. He does however publish from time to time works of shorter poetry, this being the latest.
The extraordinary thing about Wind Maps is the way in which not particularly significant events in various lives (some apparently family, some not) are recorded, although basically abstract, with extraordinary precision, while the body of poems is traversed by cosmic events moving up and down between Sky and Earth, between Sun, Stars and Ocean. Thus there is a constant passing of other worlds thru the totally down to earth levels of the poetry. The events are sometimes related to Ancient Greece, Christianity, Islam, Judaism—arising out of Donahue’s hugely encompassing scholarship (in ways reminiscent of Robert Duncan and H.D.). In a sense, the “characters” are stellified from the outset where Hesiod is told “this is still the moment / the universe is coming to be” in our own bitter era witnessing “the falling walls / of the true / Jerusalem.” So that we, thru these mostly unknown persons suffer torture somewhat more than we enjoy life as a whole. One of the dangers arises out of Water—we know not exactly how. In one poem a woman descends into Water, various parts of her body gradually experiencing elemental changes. Perhaps a drowned woman, perhaps not. Her world is the “middle one” in which “liberation / can be accomplished.” She is near a boat –seemingly the poet’s—the Water is green and light-filled, but beneath the boat a second woman “a possible goddess” suddenly spears boat and poet: his innards are wrecked thoroughly and the spear is borne away by a bird. Birds are very active in this book: interminably working the middle Air. Science or not: Water’s depth will always grow deeper and never reach the deepest level of depth.
The precision can sometimes unnerve us: “You find yourself saying aloud / I have been dead since 1974″ yet the statement is unproven. A little later: “So, in earlier times, the soul / broke in waves / through the body // A greater life never known till now” and on two pages to: “I wish I could fold / in a card and send to you / wherever in nonexistence you are.” Reason is both respected and yet constantly questioned as if it were fundamentally superficial: “A great force maintains / the tyranny of the apparent.” We seem again and again to be on the brink of the mystical, yet the mundane never fails to bring us back. Toward the end, in the neighborhood of thoughts about our need to fully read the archetypal water inhabitant: the dolphin, there is a look into the possibility that thought itself travels in ways as yet unknown: “The flutter of thoughts not // meant for you / passing through you / on the way to other minds”……. And: “the presence of thoughts / not destined for you / at the edge of what thoughts are yours / those, that is,which will stop / occuring when you die /// You feel a bit bad / that you are excluded /// But it is also so joyful / the experience of / the limit of thought / the intimation of what is / not thought / and not yet thought is /// in fact ecstatic.”
The life of Nature around us is constantly evoked: the plant world (often threatened by weather) being the most frequent subject. But Nature has strange aspects and behaviors. At one point the Earth is transparent and can be seen thru from any side to side. At another, a road is both on Earth and in the Clouds. In one poem the addressee descends from Air to Earth to Sea. And yet, true to banal hard fact, we learn, for instance, of a request from a dying French President (Mitterand no less!) for his last meal to be a bird swallowed whole whose spiritual twin will convey the President’s soul into the sky!
Thus, on the universe’s winds mapped here, a remarkable opus travels asking us to take serious decisions regarding the very nature of poetry itself. In much contemporary poetry, there is an endless play at work placing persons and events in apparent relation to each other while the relations are never defined and interminable, indecipherable guesswork becomes the way in which we are supposed to appreciate the art. By never commiting himself absolutely and never limiting the coverage, Donahue’s placing of his subjects in an uncertain but definable universe provides for this reader a far more negotiable view into what is being discussed. As with all masters, the work at every moment here is in the care with which each word is used and defined: chosen, placed in its habitat, jewelized. There is no fat on this body.
For sheer invention and sheer beauty, there is little around at all that can match such a book. 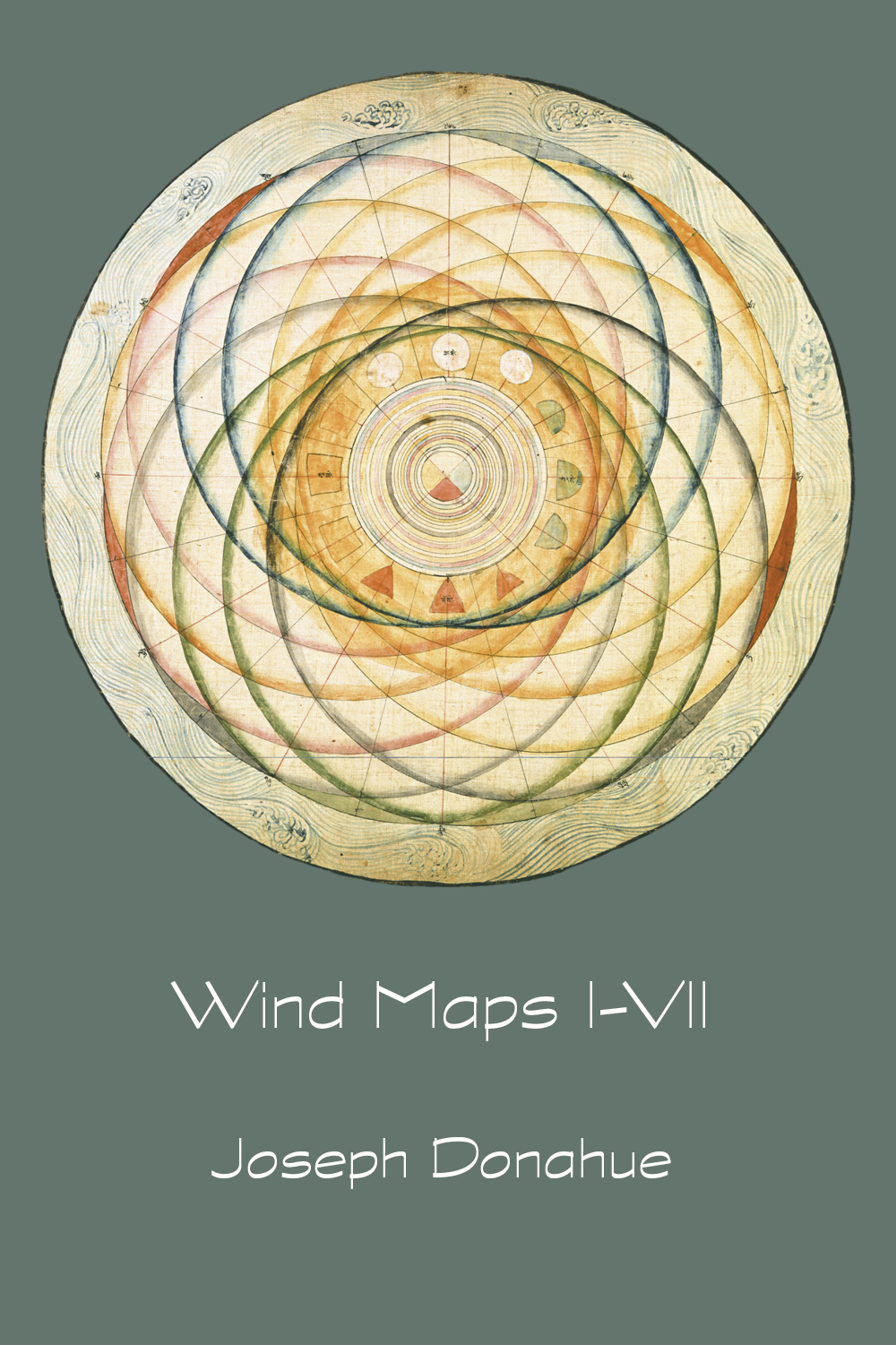 Franco-Anglo-American poet Nathaniel Tarn is also a critic (Essays  at Stanford U.Press) a one-time Editor (Cape Editions & Cape Goliard), a translator (Neruda, Segalen, Auxemery etc.) and an anthropologist (Maya area; South East Asia; Tibet, Bhutan, Ladakh). He has some forty books in his various disciplines–the latest is “Gondwana” from New Directions and another will come from them in good time. He has lived in the New Mexican desert North West of Santa Fe with his wife poet and printer Janet Rodney.