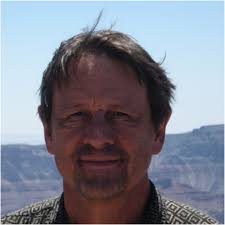 Daniel Bourne’s books of poetry include The Household Gods (Cleveland State University Press, 1995), Where No One Spoke the Language (CustomWords, 2006) and a collection of translations of the Polish political poet Tomasz Jastrun, On the Crossroads of Asia and Europe (Salmon Run, 1999). He teaches in the English Department and Environmental Studies at the College of Wooster, where he edits Artful Dodge. His many trips to Poland include a graduate fellowship between Indiana University and Warsaw University in 1982-83 and a Fulbright fellowship in 1985-87 for the translation of younger Polish poets. His poems have appeared in such journals as Plume, Ploughshares, FIELD, Guernica, American Poetry Review, Prairie Schooner, Shenandoah, Salmagundi, Tar River Poetry and Cimarron Review. His translations of other Polish poets such as Bronisław Maj and Zbigniew Machej appear in FIELD, Boulevard, Mid-American Review, Virginia Quarterly Review, and elsewhere.  In July 2013, Plume printed as its Special Feature his translations of another Polish poet, “The Angel’s Share:  Six Poems by Krzysztof Kuczkowski.”  Finally, “Agitprop” and “To the Feral Cats of Vilnius,” two of Bourne’s poems from his collectionWhere No One Spoke the Language and originally appearing in Salmagundi, will be re-printed in a special issue celebrating that journal’s 50th anniversary in the coming year.