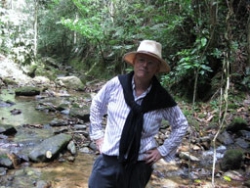 Hoyt Rogers divides his time between the Dominican Republic and Italy. His poems, stories, and essays, as well as his translations from the French, German, and Spanish, have appeared in a wide variety of periodicals. He has published over a dozen books, which include his own poetry and criticism as well as editions and translations. His most recent translation from the French, Second Simplicity—a collection of verse and prose by Yves Bonnefoy—was published by the Yale University Press in January 2012. With Paul Auster, he is currently preparing Openwork, an anthology of André du Bouchet.