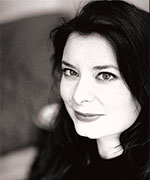 Sally Connolly is the Graduate Director of the English Department at the University of Houston. She is an Associate Professor of Contemporary Poetry and is an authority on American, British and Irish verse from the Modern period to the present day. She previously taught at Wake Forest University and was a Visiting Fellow at Harvard University. Dr. Connolly’s main area of research is the elegiac tradition, and particularly elegies for poets. Her first book Grief and Meter: Elegies for Poets After Auden was published by the University of Virginia Press in 2016. Her second book Ranches of Isolation: Transatlantic Poetics will be published in 2017 followed by a critical biography of the Anglo-American poet Thom Gunn. Her reviews and articles appear in publications such as Poetry, The Times Literary Supplement, and Yeats Annual. She has been the recipient of several prestigious honors and awards including the Kennedy Scholarship at Harvard University.