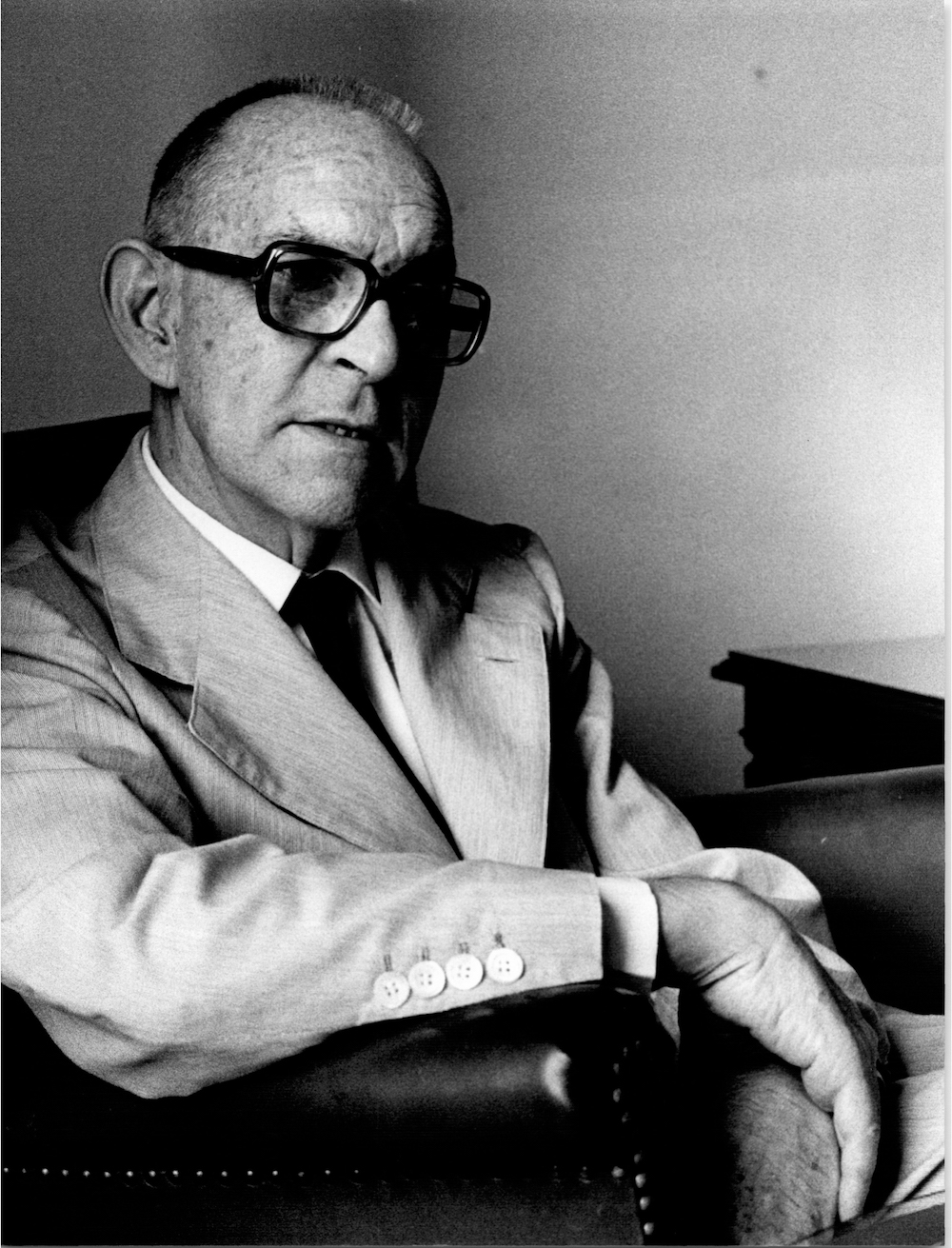 Salvador Espriu (1913-1985) authored a number of plays and narratives, but was especially acclaimed for his imposing opus of poetry. He was in fact an icon of Catalan culture, though little known outside of Catalonia.  During the oppressive regime under Franco, though not overtly political (he did not belong to a political party), he became a spokesman for the students and other intellectuals who opposed Franco’s persecution of the Catalan language and culture.

photo credit: The Government of Catalonia (1980)