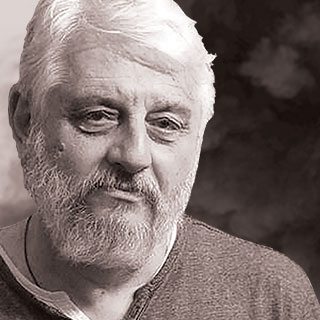 Boris Khersonsky (Борис Херсонский) was born in 1950 in Chernovtsy, Ukraine. He graduated from the Odessa Medical Institute and is the head of the Institute for Clinical Psychology of the University of Odessa. Khersonsky’s first poems were first published in France, Germany and the U.S.; in his own country, however, he could only start publishing officially after the end of the USSR. In the seventies and eighties, the poet was one of the most prominent figures of the Samizdat-movement in Odessa. His book Semeiny arhiv (Family Archive) was shortlisted for the Andrei Bely prize in 2007. He is a two time winner of the international Voloshin Poetry Contest (2006 and 2007) and laureate of Kievskie Lavry Poetry Festival (2008). Also in 2008, he was awarded the Anthologia Prize from Novy Mir magazine and a Joseph Brodsky Foundation Fellowship at the American Academy in Rome.