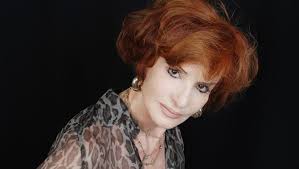 Vénus Khoury-Ghata (born 1937, in Bcharri) is a French-Lebanese writer. In 1959, she was Miss Beirut. She married French researcher Jean Ghata. She collaborated on Europe magazine, directed by Louis Aragon, translating it into Arabic with other poets. She has lived in Paris since 1972 and has published several novels and collections of poems. In 1980 she won the Prize Apollinaire; In 1992 the Grand Prix de la Société des gen de lettres and the Prise Jules Supervielle; in 20122 the Prize Goncourt for Poetry, among others.