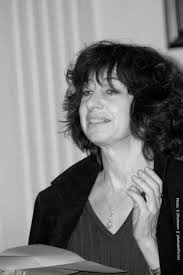 Irina Mashinski is the author of nine books of poetry and translations (in Russian). Her first English-language collection, The Naked World, is forthcoming from Spuyten Duyvil. She is co-editor, with Robert Chandler and Boris Dralyuk, of The Penguin Book of Russian Poetry (Penguin Classics, 2015), and co-founder (with the late Oleg Woolf) and editor-in-chief of the StoSvet literary project, which includes the Cardinal Points Journal, published under the auspices of the Slavic Department of Brown University and dedicated largely to Russian and Eastern European literatures (in English), and the Storony Sveta journal (in Russian). She received First Prizes in the Russian America (2001) and Maximilian Voloshin (2003) poetry competitions, and, with Boris Dralyuk, First Prize in the 2012 Joseph Brodsky/Stephen Spender Translation Prize competition. In 2016, she won the Hawthornden Fellowship. Irina Mashinski holds a PhD in paleoclimatology from Moscow University. She came to the US in 1991 and now lives between New Jersey and the Poconos and works as a tutor, teaching Mathematics and other subjects.