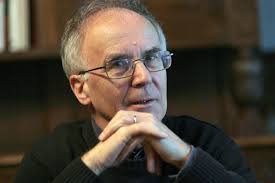 Tomaž Šalamun (1941-2014) published more than 55 books of poetry in Slovenia. Translated into over 25 languages, his poetry received numerous awards, including the Jenko Prize, the Prešeren Prize, the European Prize for Poetry, and the Mladost Prize. In the 1990s, he served for several years as the Cultural Attaché for the Slovenian Embassy in New York, and later held visiting professorships at various universities in the U.S.