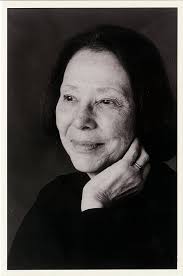 Grace Schulman‘s newest book is Without a Claim, which Houghton Mifflin Harcourt will publish in the fall of 2013. Her earlier books include Paintings of Our Lives, For That Day Only, Hemispheres, and Burn Down the Icons. She is the recipient of the Delmore Schwartz Award for Poetry and of a Poetry Fellowship from the New York Foundation of the Arts. Her poems have appeared in The Best American Poetry and The Best of the Best American Poetry and in Pushcart Prizes 21 and 23. She is author of Marianne Moore: The Poetry of Engagement; editor of Ezra Pound, translator from the Hebrew of T. Carmi’s At the Stone of Losses; and co-translator from the Spanish of Pablo Antonio Cuadra’s Songs of Cifar. Her work has appeared in the New Yorker, the New Republic, Paris Review, Antaeus, Grand Street, the Yale Review, the Hudson Review, the Kenyon Review and elsewhere. She was the Poetry Editor of the Nation, and former director of the Poetry Center, 92nd Street Y.