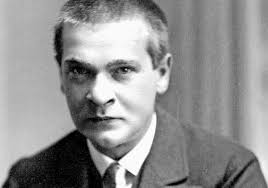 Georg Trakl was born in 1887 in Salzburg, Austria, and is considered one of the most important writers of the Austrian Expressionist movement. Trakl trained as a pharmacist.  His first poetry collection, Gedichte (Poems), was published in 1913; other collections were published posthumously.  He served in the medical corps of the Austro-Hungarian army and suffered a psychotic break while stationed in Galicia.  He died from an overdose of cocaine in Krakow in 1914.