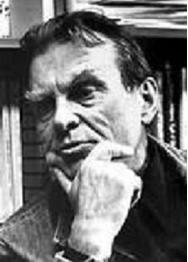 The Miłosz Festival, which takes place in the city of Kraków over four days during the second week of June each year, prides itself on being the largest event of its type in East-Central Europe. However, its size—how is it calculated? —has nothing to do, in my view, with its quality. Indeed, it seems the program has been trimmed a bit this year, as if to alleviate the headache experienced by the attendees having to choose a particular event over another scheduled at the same time. What testifies to the festival’s expansiveness more than anything else is that it plays host each year to poets representing no fewer than five or six languages. If we keep in mind that those poets are rendered into Polish and published in individual collections, then the scope and ambition of the festival really shines through.

Beside a good sampling of homegrown talent, this year’s edition featured poets from Slovenia, Lithuania, Spain, Russia, New Zealand, the U.K. and the U.S. They took part in readings, concerts, poetry slams, workshops, and panels. Despite having attended parts of the last two editions, I have no idea how the organizers select their participants, although the goal of seeing a different number of languages and literary cultures represented is clearly at the top of their list. Regardless, the lineup has always included a name or two from the U.S. This shouldn’t surprise anyone familiar with the life and work of the festival’s patron. Czesław Miłosz (1911-2004) never abandoned his native tongue as the language of his writings, and he was never quite the Polish-American poet as some have called him, but he had done a great deal to bring Polish and American poets together.

It is a well-known fact that Miłosz had first made a name for himself in America as a translator. When he accepted a visiting position at Berkeley, he was mainly known on these shores as a novelist and political commentator. He cherished the success of his The Captive Mind, a treatise on the subject of why intellectuals and artists become enamored of totalitarian regimes, but he was also frustrated by the lack of attention paid to his poetry. Translating became for him, as for many other exilic writers then and now, a way to break into print in his adopted country. That his anthology, entitled Postwar Polish Poetry, has never gone out of print since it first appeared in 1965 is truly astonishing. Moreover, his translations of poems by Zbigniew Herbert (1924-1998) did much in a way of establishing that poet’s international reputation, which, although it has waned since the poet’s death, continues to elicit passionate responses, as evidenced by the uproar accompanying the most recent re-translating and publishing of his poetic oeuvre by Ecco a few years back. To say that some readers get attached to their favorite translations would be an understatement.

Likewise, Miłosz’s towering presence in the U.S. has done a great deal to calibrate and define Polish poetry for American readers. Consequently, the so-called Polish School of Poetry has become synonymous with moral and intellectual peregrinations—the voice of many a poem belonging to a human being manhandled by history. Add to it more than a sprinkling of irony and some black humor and you’ll see why, more so than Miłosz or Herbert, Wisława Szymborska (1923-2012) remains the most popular Polish poet in America. If we add Adam Zagajewski to the list, whom many see as the last of the great 20thcentury Polish poets, then Polish poetry’s standing in this country can strike one as singular and deserving. The popularity of this type of verse is, arguably, a good problem to have.

And here’s when the issue of transability comes in. The literary culture in the U.S. may be insular, at least in the eyes of the Swedish Academy, but it doesn’t take much imagination to begin wondering whether or not we’re missing out on a poet who writes in a different vein. There is no denying that the upholding of the universal at the expense of the idiomatic or regional in poetry translations leads to a kind of homogenizing of poetic voices. Likewise, the business side of the literary marketplace tends to favor the known at the expense of the new or—do I dare to call it so?—the exotic (either formally or thematically). This pigeonholing does not mark the Polish poets exclusively; many American readers, including practicing poets, would be forgiven for equating, say, Irish poetry with the style exemplified by the work of Seamus Heaney. This is why translators, even when their score professionally, as when they become the exclusive translator of, say, a Nobel laureate, should be cognizant of how their work shapes and reinforces the canon.

Of course, when a translator, or a poet-translator for that matter, since most poetry translations are done by fellow practitioners, constantly searches for the next big thing, as it were, they inevitably start spinning their wheels at some point. After all, to translate a poem demands stamina but also affection. No wonder translating has been called the most astute form of close reading. Nowhere is this truer than when we aim to introduce a hitherto unknown poetic sensibility into a new literary tradition. To shield myself from this unceasing pursuit of newness, I have always attempted to translate poets whose work differs from my own. More specifically, I am most happy and invigorated by the task at hand when I discover a poet I can learn from. Expending one’s poetic toolkit, not to mention learning something new about American English, is a wonderful and very real byproduct of translating a challenging poet. Almost any thematic content translates easily, which cannot be said about the poem’s formal qualities. Learning about another country’s history or culture, two things often listed as reasons why people reach for translated literature, should come second to wanting to unlock the poem’s formal qualities. In other words, what has motivated me in my work as translator is less a wish to expand the canon of Polish poetry in English than my own preference for this or that type of verse. If my choices of the latter have had a positive effect on the former, I view that as a nearly serendipitous doubling of my efforts.

Alas, the Polish poetry canon in America is both uneven and not wholly representative. It is also heavily male dominated. The same can be said about the presence of American poets in Poland. Miłosz himself was one of the first Polish poets to translate T.S. Eliot, a classic and safe choice worldwide. But when a small selection of Wallace Stevens’s poems appeared in Poland in 1969, it was met with universal silence. It wasn’t until the late 1980s, which corresponded with the dawn of Communism in Poland, that another momentous event, whose consequences continue to reverberate to this day, took place. Introducing the work of Frank O’Hara to Polish readers, the editors of the July 1986 issue of the journal Literatura na świecie (trans. World Literature) changed the course of Polish poetry forever. Seemingly overnight, scores of mainly young poets, or those who had felt being smothered by the mythologizing grand narratives omnipresent in Polish verse, found a model for writing about the bric-a-brac of their daily existence. Urban impressionism, sex, and an individual’s existential trials and tribulations were in while everything that helped to uphold the romantic notion of the poet as national bard was tossed in the dumpster. After O’Hara came others, chief among them John Ashbery, and for the next twenty years or so it seemed that every up-and-coming Polish poet emulated one or the other American. These Barbarians, as they were dubbed by the critics, were not blind to the existence of other voices in American poetry, but their worship of the New York School poets proves that literary cultures, major and minor alike, often appropriate what they find most useful for their own agendas, effectively barring other voices from flourishing in translation.

Which brings me back to the Miłosz Festival. The Americans who took part in this year’s edition included Jane Hirshfield, Ron Padgett, and, in the concomitant Off Programing, Tyehimba Jess, whose work marries song and orality with historical testimonials in electrifying ways. Jane Hirshfield, who knew Miłosz in the Bay Area and found him to be an inspiration for her own work, embodied a direct link to the Nobel laureate (last year’s edition, for that matter, featured Robert Pinsky, one of Miłosz’s first translators and friends). Ron Padgett, on the other hand, played well into the festival’s wish to go against the grain and highlight the fact that for every literary canon there is another one running on parallel tracks. It may not be as glamorous or universally admired, but it exists, complete with its own internal tensions and allegiances, deserving of our attention lest we forget how to keep our palate stimulated.

Translation makes the world go around indeed, but its main significance can be gleaned only when a new voice strikes a deep-seated chord inside us. For that matter, and despite all the whining about how mere three or four percent of all books published in the U.S. are rendered from other languages, translation remains a deeply personal endeavor, both as a writing practice and a reading one. Increasing funding for translators and their publishers would be a welcome change—Poland, for instance, seems awash in public funding for the arts and humanities—but let’s keep in mind that publishing more translated books has never been the goal. Instead, we need to get more people to read those books, which are often treated in the same vein as subtitled films. They are supposed to be good for you—eat your vegetables!—but you’d rather feast on something more literally heart-stopping. Events like the Miłosz Festival bring these points to the forefront. Hanging around in the hallways and rehashing a particular panel or wishing that so-and-so had been invited goes a long way in reminding us that many voices is always better than one.

Piotr Florczyk’s most recent books are East & West, a volume of poems, and two volumes of translations, including Building the Barricade by Anna Świrszczyńska, which won the 2017 Found in Translation Award and the 2017 Harold Morton Landon Translation Award.