This month, for the second time in three months and in Plume’s relatively brief history, I happily step aside, offering this space instead to David Breskin, who fills it — admirably is far too feeble praise — with selected pieces from his work, Campaign. I confess, I was going to preface the poems with a few of my own thoughts on the nature of political poetry (regarding which I have in the past had the usual antipathies), followed by some snarky reprise of the follies and head-clasping miseries of the recently concluded presidential contest. That was, of course, before I received David’s introduction. Read it, even the first sentence, and you will understand immediately why I scotched those previous plans. Brilliant, one-of-a-kind, bracing, fun, smart —here is the kind of writing one wishes never to end. And then there are the poems themselves—“likewise,” I can only think to say. Enjoy. 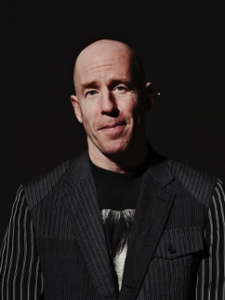 A Brief Introduction to Campaign

Remember those great black and white movie montages….where the pages of a calendar begin to turn, or tear, first slowly, then faster and faster, finally flying off into the air, as if blown by a summer wind or whipped by a winter gale?   This wasn’t that. On February 1, 2016, the date of the Iowa Caucus, the traditional onside kick which begins every presidential scrum, I decided to write a single poem “about” the election, with the vague idea I might write another. To allow for the possibility that something serial, tight, and deliberate might actually happen, I knew I needed a form—an existing form or one of my own. Having toiled (happily) upon the sweltering rack of the ghazal for my last project (DIRTY BABY), I thought it would be more fun to just concoct something. I didn’t want anything symmetrical or pleasant. I wanted something wrong-footed and corrugated, but self-contained. So: I created a deliberately awkward, rollickingly restrictive form—seven beats per line, eleven lines per poem, one stanza fits all. And given our country’s preference for the convenience of sound-bite news and junk-food polls over more nutritious fare, I decided to call them “7-Elevens.” Slurpee Heaven, 7-Eleven. Seventy-seven beats per poem, no exceptions: it’s got a beat and you can’t dance to it.

I used to be a journalist, and quit that gig—which began in high school—in 1993. That makes me a “recovering journalist” still three-steps short in my twelve-step program. I still read the paper the way a journalist might, and still have the instinct: I respect deadlines, respect the Five Ws—what, who, where, when, why—and still respect the value of history’s rough draft. What if, I thought (perhaps dimly), I tried to cover the election through poetry the way a journalist might cover it through prose?   What harm would it do?   No animals would be hurt (except perhaps my children), and if, in the end, I had only sweat to show and no inspiration, so be it. Nothing beats a failure but a try.

Maybe something interesting might happen under the pressure of a reporter’s daily deadline. My wife, sensing a chance to keep me busy not just for days or weeks but more than three-quarters of an entire bloody year, set up a blog in a few hours time, for this exact and sole and tortuous purpose: because she knew, once these things were out in public, that I would be chained to the mast. The journalist’s itch with a ragged-right edge.

Once I got going, I thought I should really do this like an old-school journalist might: without fear or favor. Spoiler alert: I wasn’t exactly in Ted Cruz’s targeted demographic, and would have voted for him only after being waterboarded by his Texas henchmen, but that didn’t mean I couldn’t (and wouldn’t) be just as hard on Hillary or Bernie or Marco or Jill or Carly as on Lyin’ Ted or the man who would, strangely, become our president. If everyone is not fair game it’s no game at all.   And so I kept at it, and, tellingly, it kept at me.

The poems in this selection come from David Breskin’s new book of poems, CAMPAIGN, which is shortly to be released by MadHat Press.

Why accept such a high fee?

That’s what they offered, Clinton

a fist. Every posy needs

no one. Heart surgeons and camp

counselors too sought to see her

finger-paint with her middle

fingers, one in de Kooning’s

blue bucket, one in the wind.

There is no good time to die.

you picked a crummy one. What

was your intent? If only,

at your swank hunting ranch, you’d

into town to see the Judd

boxes in morning’s sun, your

THE BRIDGE AND TUNNEL CROWD

was a good word? The fragrance

back home. Now the talk of walls

of whatever horse brought you.

Smashed glass of freedom, a toast

for this sad ballad country

that orphans its immigrants.

A man invents a past. Tuff.

A man denies it. Tephra.

but oh long ago. Teflon.

nothing—blasts a path for our

retreat into the future.

Let’s not let nothing stop us.

Let’s join the club that wants us.

Let’s come together. Let’s be

real. Let’s plan to hook up in

killed all the grass with our cleats.

seeing with knees or smelling

from the spine. Nonetheless we

find, in his gut, the pickled

inspection of the contents

from some ambassador (Eau

of the world, twelve talking points.

…Score and seven years ago

Every woman lied when they

our fathers brought forth on this

came forward to hurt my cam-

conceived in Liberty, and

dedicated to the prop-

All these liars will be sued.

osition that all men are…

Don’t you just love that our race

for the country’s top job spins

on the whirred gyroscopic

Weiner—who think with their dicks?

by women, where the first man

within sniffing distance of

the prize was pushed out by sexed-

TRUMPISM IN THE LAND OF LAFAYETTE,

ism is the new black. We

made in the booth we fought for.

neighbor. The far right digs a

beachhead against the rising

tide of a majority

scrappy and obese, we flail.

Born in Chicago in 1958, David Breskin first made his name in the 1980s and early ’90s as a freelance journalist, writing for national magazines such as GQ, LIFE, and, most prominently, Rolling Stone, where he was a contributing editor. Breskin covered a wide range of cultural figures—Willie Nelson and Bono, Miles Davis and Martin Short, Michaels Jordan and Jackson—and authored high-profile investigative pieces on teen suicide, murder, and mayhem.

After publishing a novel, The Real Life Diary of a Boomtown Girl, Breskin turned away from journalism and toward poetry, and by the mid-1990s had begun publishing poems in The New Yorker, The Paris Review, Parnassus, New American Writing, and TriQuarterly, among other periodicals. His first book of poetry, Fresh Kills, was published in 1997, and his second, Escape Velocity, in 2004. Between those volumes, he created and edited RICHTER 858, a multimedia inquiry into the abstract paintings of Gerhard Richter, with music by Bill Frisell and contributions by thirteen American poets. His next work, Supermodel (2007), was a one-sentence-long epic poem, or novel-in-verse. Mostly recently, Breskin conceived and produced DIRTY BABY, which married his sixty-six ghazals to sixty-six pictures by Ed Ruscha and music by Nels Cline. He has also published a book of interviews with film directors, Inner Views: Filmmakers in Conversation, which features dialogues with Francis Coppola, David Cronenberg, David Lynch, Spike Lee, Oliver Stone, Robert Altman, Tim Burton, and Clint Eastwood.

Breskin has also worked as a record producer for the past thirty-five years and, in addition to Frisell and Cline, has collaborated with leading-edge musicians beginning with John Zorn, Ronald Shannon Jackson, Vernon Reid, and Joey Baron in the ’80s and early ’90s, and continuing with Mary Halvorson, Kris Davis, Craig Taborn, and Chris Lightcap in the current decade.

Breskin lives in San Francisco. Most of his work may be found at davidbreskin.com.

Nancy Mitchell “Script” Readers: Welcome to Plume, Issue 55 February: month in which for one, at least, Florida reveals its single…

Plume: The closing line of the poem “Anthropocene”– published by the Virginia Quarterly Review in 2007- asks the question: Is…