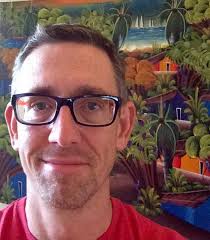 Jay Hopler’s poetry, essays, and translations have appeared most recently, or are forthcoming, in The Literary Review, The New Republic, and The New Yorker. Green Squall, his first book of poetry, won the 2005 Yale Series of Younger Poets Award. His most recent book is Before the Door of God: An Anthology of Devotional Poetry (edited with Kimberly Johnson, Yale University Press, 2013). The recipient of numerous honors including fellowships and awards from the Great Lakes Colleges Association, the Lannan Foundation, the Mrs. Giles Whiting Foundation, and the American Academy of Arts & Letters/the American Academy in Rome, he is Associate Professor of English at the University of South Florida.