PROTECT YOUR HOME (Interpret It Well), a short film with music by Ches Smith

PROTECT YOUR HOME (Interpret It Well), a short film with music by Ches Smith 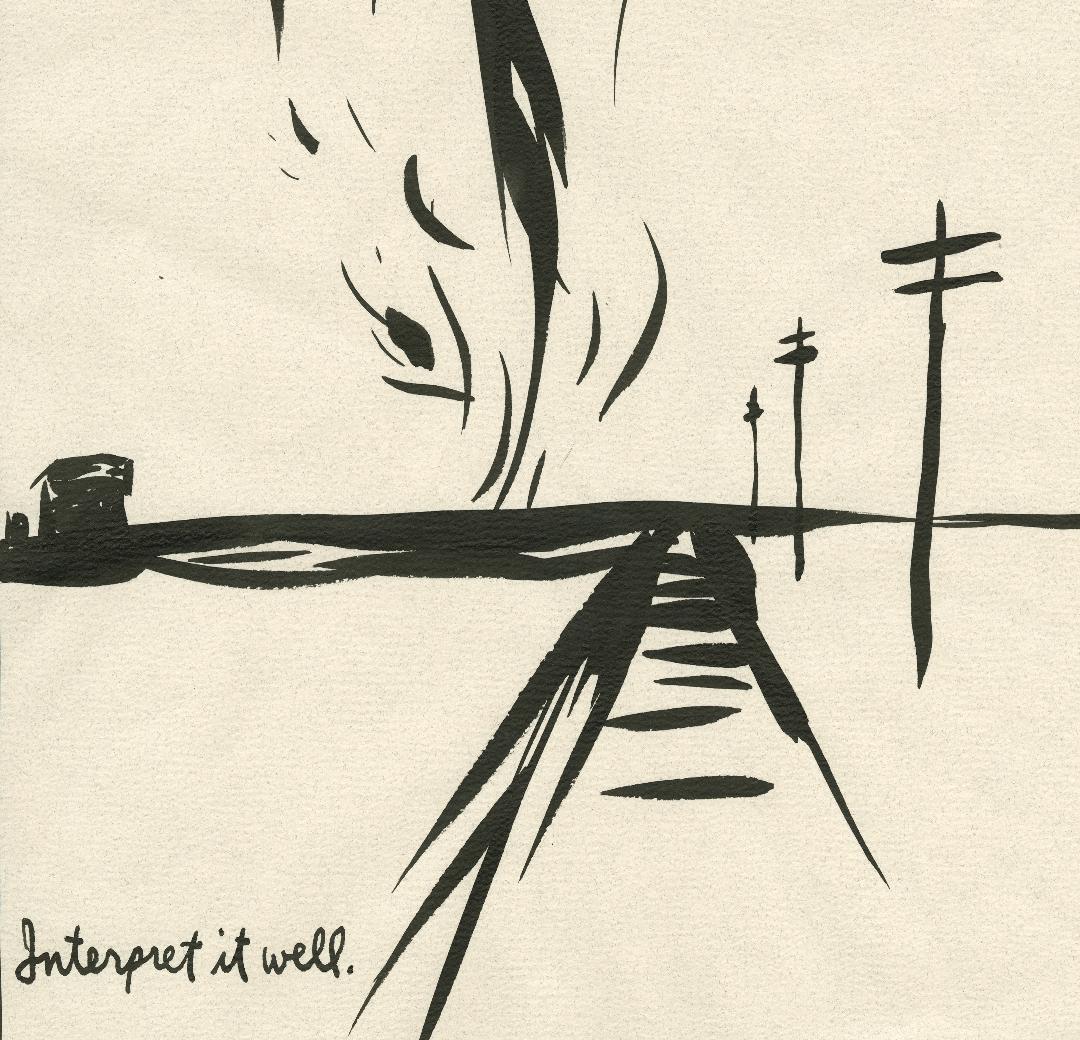 Album art by Raymond Pettibon, No Title (Interpret It Well…), 1987, ink on paper, courtesy of the artist and David Zwirner Gallery.

Text on Protect Your Home (Interpret It Well):

I was immediately hooked by the title track of Ches Smith’s album “Interpret It Well” and the tension built through its series of delicate passages that become completely unhinged in its slamming, euphoric, final minutes. The experience of the music itself is one of being slowly drawn into the vortex of an awesome and powerfully destructive storm. The cover of the album, a Raymond Pettibon drawing of a small house, railroad tracks, telephone poles, and massive funnel cloud looming on the horizon, illustrates this feeling explicitly. The resulting video Protect Your Home (Interpret It Well) is an archival montage on the subject of home security assembled from a torrent of commercials, public service announcements, and DIY footage addressing a wide spectrum of possible threats.

Test videos produced by research institutes and insurance companies were the first pieces of the puzzle I assembled. In these clips, full scale housing structures are demolished using simulated environmental conditions in an effort to develop (and sell) methods of reinforcing buildings from severe winds, flooding, fires, and storms. Maybe a lifesaving investment for certain homeowners, but a band-aid level solution when put in the broader context of destruction caused by the climate crisis.

Two other archival films feature prominently. First is The House in The Middle, a 1954 film made by The National Clean Up – Paint Up – Fix Up Bureau, a “bureau” invented by the National Paint, Varnish and Lacquer Association trade group. The film depicts the effects of a nuclear bomb test on a set of three small houses and sells the idea that a clean, freshly-painted home is more likely to survive a nuclear attack than its poorly maintained counterparts. The second key source is Residential Shelter in Place, a 2002 video produced by the newly formed US Department of Homeland Security and FEMA. In this piece, a suburban family diligently follows recommended post-9/11 protocols to seal themselves off from a chemical attack by using plastic sheeting and a surplus of duct tape: fantastical depictions of low-cost solutions meant to pacify the public anxiety of a potential “event.”

Expanding from there, the work rotates through numerous vectors: protect your home from lawn erosion; from spills on carpet, from electromagnetic frequencies, from evil spirits – flipping channels as we speed down the highway and ride the rails directly into the path of the storm. Past and future blur as the narrative culminates in a sequence of footage from TV Sign-off reels. Typically constructed as archival montages, depicting symbols of national pride and military power, these were historically played as lullabies, easing the transition from the end of the broadcast day to the unsettling and ominous quiet of “dead air.”

Text on the Music: Interpret It Well

The composition has two movements, one slow and one fast. Both are circular, gradually accruing sounds, increasing mass as they repeat. Although the listener at times hears the movements the way I wrote them, crucial features are improvised by the group collectively, such as departures, arrivals, transitions, dynamics, and color. Thus, the mood and attitude of the same piece will change dramatically from one iteration to the next, producing a unique object each time.

Taborn, Maneri and Frisell are masters of “compositional improvisation.” They are accustomed to working with spontaneously invented material to create unpredictable yet coherent music. They apply these tools to written pieces as well—fleshing out passages, exploring implications, traveling far and attempting to find their way back. Everything they play here ultimately comes from the writing, in connections both concrete and obscure. This also is how I compose: everything comes from one idea. No wonder I love playing with these three so much.

I hear several concurrent tensions at work in this track: pointillism and lyricism; delicacy and bombast; all the time in the world and yet racing against the clock. This last tension is solely the result of this interpretation of the piece: unspoken, feeling our way through the music as one.

This work was made possible by support from The Shifting Foundation.

Frank Heath is a filmmaker and artist based in Brooklyn, NY. His video works contemplate vast,
unfathomable subjects through a mix of observational documentary, landscape portraiture, droll
humor, and prank phone calls. He has made solo exhibitions at Simone Subal Gallery, New
York; Swiss Institute, New York; and Art Basel Statements, Basel. His work has been included in
group exhibitions and screenings at the Kitchen, New York; International Film Festival
Rotterdam, the Power Plant, Toronto; Centre Pompidou, Paris; and the High Line, New York,
among other venues. His film “The Hollow Coin” (2016) was awarded Best Documentary Short
at Indielisboa and the Kurzfilm Hamburg Deframed Audience Award.

The dream and Useless is as useless doesn't