“through perpetual experience
I plunge into the thickness
of the world.” <211> 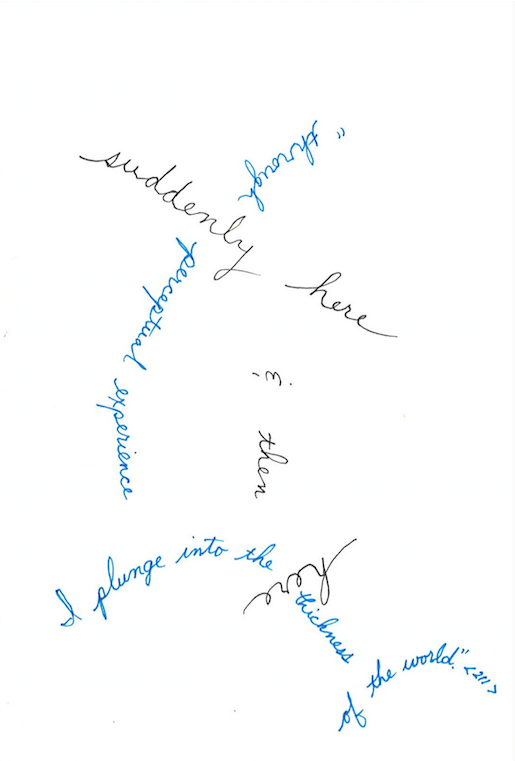 even frost that cracker jack philosopher

. . . The present
Is too much for the senses
Too crowding, too confusing –
Too present to imagine.

so in this very moment of creation too

to what degree are we here now

“How is it that the world is not
perfectly explicit in front of us,
and why does it only deploy itself little by little and never ‘in its entirety’?” <215> 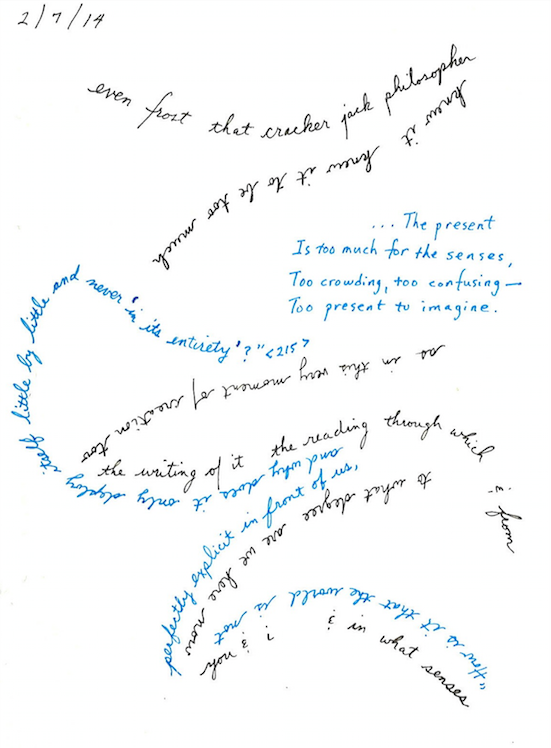 “given that they are inwardly prepared” 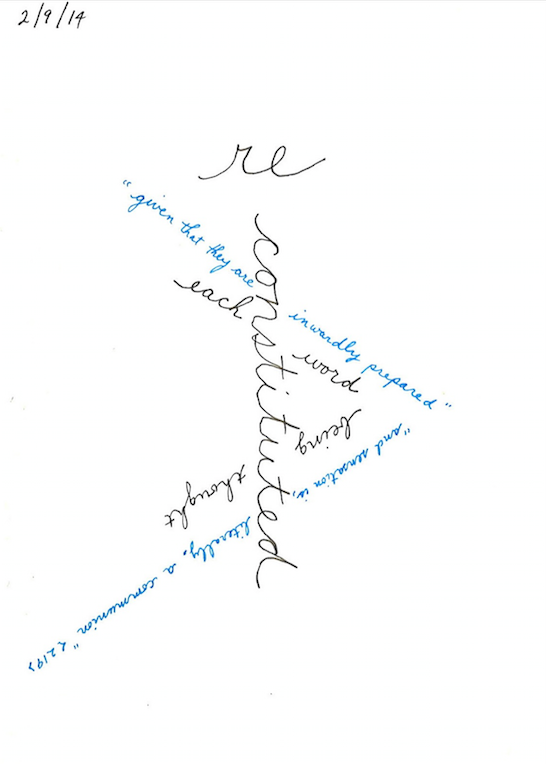 (note: quotations followed by page numbers are from Maurice Merleau-Ponty’s Phenomenology of Perception)

Hank Lazer
Do not treasure or belittle,