What Are We Not For by Tommye Blount
Bull City Press
$12, 40 pages
published September 2016

With the sensuality of Carl Philips and the edginess of Wanda Coleman, Tommye Blount’s debut chapbook What Are We Not For searches for the self by interrogating the male body as a liminal site for desire and violence. Questions of race and queer love dominate Blount’s best poems, ranging from the anxious tenderness of “But the Weather, the Weather,” which depicts two new lovers chitchatting in a hotel room, to the hallucinatory “Of a Wicked Boy,” which reimagines a sexually awakened Pinocchio being stripped and violated by a mob of adolescents. Nowhere is the tension between the extremes of physical experience more palpable than in Blount’s six-part sequence “The Lynching of Frank Embree,” which reenacts the ghoulish fascination the speaker feels viewing early 20th century photographs of Jim Crow lynching. Here is the poem’s riveting second section:

rather watch it beg the men (yes, white) to fill it
on camera Your mouth It’s black and big It’s a mouth

Indeed, the constant barrage of physical, emotional, and psychological animosity directed toward the gay black body in contemporary America endures as a definitive feature of Blount’s work, and often facilitates moments of explosive transformation. In the sonnet “Aaron McKinney Cleans His Magnum,” a revolver barrel becomes an infant’s “small mouth” being scrubbed of stains, and just a few lines later, a “sad calculator” that was “built to subtract from and divide a town.” “There Is Always a Face to Tend To” indicts the shallow stereotypes that plague gay dating online, but ends with an imagined scene of two lovers in a Renaissance painting as “a double-lapped/Mary passing the blue body between us.” Only a handful of Blount’s poems fall short: discursive and associative, “Last Night, I Was Trapped in the Wrong Body Again” seems more like a draft than a finished poem, and despite its striking imagery, “& Bees” coasts on the familiar symbolism of honey-as-forbidden-pleasure. All in all, What Are We Not For is an aching, triumphant debut that fearlessly confronts how “it all breaks—/the line pulsing forward, the line pause,/the long bone of it all.” Bull City Press deserves high praise, too, for their impeccable design and production values, which could easily rival those of any major publishing house.

The title poem of Jennifer Givhan’s visceral and nightmarish chapbook Lifeline makes a fierce counterargument (whether intentional or not) against Jack Gilbert’s “Failing and Flying,” which explores Icarus’s brief flight as a metaphor for the former joys of a marriage now dissolved. For Givhan, however, whose work so often centers on the lingering trauma of miscarriage and the daily struggle of mental illness, there is little poetry to be found in a college student’s suicidal leap from a freeway overpass. Placed strategically near the end of the collection, “Lifeline” ultimately serves as an act of self-confrontation, where the speaker accepts that, imperfect as she is, striving toward healing and family are what save her from self-destruction: “She was a girl/like me. She was flying. She was falling.” Like Anne Sexton and Lynda Hull, Givhan’s dynamic, sonorous poems frequently inhabit the extravagance of crisis. In “Rehab,” for example, Mrs. Sheets—presumably the speaker’s roommate—“thinks my husband is The Angel of Death,/calls him Saint Sunday/& wails for him at night, waking/patients down the hall.” Throughout, a matrix of haunting images reoccur as reminders of the speaker’s psychic burdens and constant yearning to absolve them: a wild leap into a river (“On Contemplating Leaving My Children”), the bright scars of self-mutilation (“O Shake It Sister”), and the inescapable horror of losing a child (“3-Card Spread”). “Reupholstering a Chair,” the book’s most sedate inclusion, proves an astute opening poem, since its closing lines perfectly render Givhan’s confessional impulse to capture the messy enormity of her various struggles and thereby harness their torment:

the point, your target, not pared wood

but bright blooms wounding the pattern.

Lie beneath the chair, lie on the cold

kitchen tile & see how the thing was made.

Look up from the base of your life.

“Avra,” a fragmented and hermetic poem, might very well be the only piece where Givhan leaves the reading wanting, since its narrative of holding someone else’s child confuses even after several readings, and its language finds the poet veering from intensity to melodrama (“I lay down/my body turning/animalia & by that/I mean alcoholic”). Lifeline remains an emotional tour de force, as Givhan descends into the inferno of personal tragedy where “we’ve tried blessing/the trauma” and emerges scarred but whole.

A haunted bildungsroman-in-verse, Sarah Pape’s Ruination Atlas recounts, with unflinching precision, the loneliness, dysfunction, and decay of an impoverished adolescence in Oroville, California. In the prose-poem “Sugar,” we encounter a speaker who waits, ravenous, for a friend in “the falling down white house” next door to bring another slice of Wonder Bread “slathered with butter and white sugar to the fence.” An equally grim recollection, “Grand Avenue” details how the “smokefingered/man next door” with a smile “toothless and/browning as bruised lily skin” tortures the young speaker’s pet chicken Griselda until all that’s left is “rigid beak, clotted crown, eyes.” Mythic, brooding, and omnipresent, the father remains an ominous presence in poems such as the “Extraction,” a terse still-life of pill addiction, and the devastating “In a Dreamed Forest, You Find Your Father,” which begins with photo album nostalgia only to end with “two human animals, held in gloss ink over cotton fiber,/a rare gristle holding to a country of bone.” Throughout, Pape’s expansive diction, syntactic richness, and gift for narrative tension grant her poems the depth and intensity of a documentary where the viewer winces but cannot look away. Indeed, while the personal dominates Ruination Atlas, it also displays a grim panorama of family, neighbors, and landscape, all trapped in a seemingly unbreakable cycle of poverty where hope and beauty habitually self-destruct. In “Decades of One Winter,” the speaker marks how a frozen puppy’s corpse “sinks, like everything, into dirt” on her daily walk to school, and in “Second Person,” one of the collection’s final poems, “the egrets lining the highways/in their opaque white dresses//are plastic bags, milky cataracts/shredding against barbed wire//and wind.” Pape’s weak poems are few: “Conditions,” though moving, stitches together Dickensian clichés of a father’s traumatic experiences as an orphan, and “Unanswered Questions” feels hobbled by a melodramatic conceit, where the father morphs into a sewer rat “scrabbling through the thistle, as we were, on our knees.” The book’s bold opening image, where “a shock of marigolds nestles in the hull of a toil bowl,” perfectly embodies the poet’s own doggedness to survive such ferocious circumstances. Pape’s best poems lay that ferocity bare, free from self-pity, but with no ghost spared. 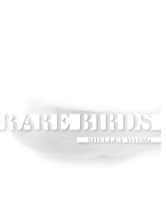 At times lush and dramatic, at others ironic and surreal, Shelley Wong’s debut chapbook explores the countless ways in which women are denied agency and affirms artistic expression as a means to reclaim that inherent power. Her fiercest poems, such as the kinetic opener “Exit Strategist” and the snide satire “Courtship” attack fossilized notions of feminine submissiveness, but as the latter poem warns, “Hey young man,/don’t shake the fire tree/if you shiver at sparks.” Elsewhere, in “Spectrum” and “Her Still Lifes,” Wong’s voice achieves a different register altogether, with echoes of the strange and dreamy associations we find in Tate or Ashbery. Take, for example, these majestic yet peculiar lines from “After Mayflower in the rose garden”:

Ask who was left open

to the sun. A light turns on

in the barefoot hour. In winter, a cormorant

like a mayor. Some people serve as arrows. Some require

no explanation. In jellyfish,

Throughout, Wong’s tonal and stylistic range endures as her most impressive strength. Nowhere is that more on display than in a series of persona poems that conjure Frida Kahlo’s immense suffering and artistic perseverance in the face of self-doubt, disability, and patriarchy. The stunning “Invitation with Dirty Hands,” the final poem in this series, concludes the chapbook and is alone worth the price of admission. “Wool,” another Kahlo poem, remains Wong’s strongest short lyric:

All night, I pull thread.
In the morning, I button my shirt
left over right. I kick the dust

at wife. You are
terrible music, the song that
slowly singes. But no longer:

my blood has switched. I am
the rough-handed woman
whose silence keeps others

pinned in chairs. I will march
into the city and you will wait
in our kitchen, the bread

Wong is less convincing in “Still Life in Red and Black,” a brief impressionistic poem that never clarifies its situation even after multiple readings, and “Ghost Bird,” an erasure of a scientific text that merely offers the fleeting fancy of linguistic shards. These concerns aside, Rare Birds captures the fullness and dynamism of an emerging voice insistent that “My tribe is rising. We are the new names,/the ones we have always known.”

Christopher DeWeese: The Father of the Arrow Is the Thought & Amelia Martens: The Spoons in the Grass Are There to Dig a Moat

Paul Klee, one of the most gifted and prolific visual artists of the early twentieth century, defies easy categorization. A…

It is a strange irony that despite all of our war documentaries, battle reenactments, and tourist traps, the American Civil…