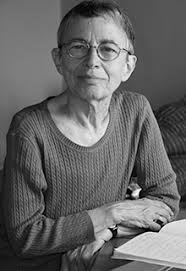 Marilyn Hacker is the author of twelve books of poems, including Names (Norton, 2010) and Desesperanto (Norton, 2003) and an essay collection, Unauthorized Voices ( Michigan, 2010). Her translations from the French include Marie Etienne’s King of a Hundred Horsemen (Farrar Strauss and Giroux, 2008) , which received the 2009 PEN Award for Poetry in Translation, and Amina Saïd’s The Present Tense of the World (Black Widow Press, 2011). For her own work, she received the PEN Voelcker Award for poetry in 2010. She is a Chancellor of the Academy of American Poets. She lives in Paris.